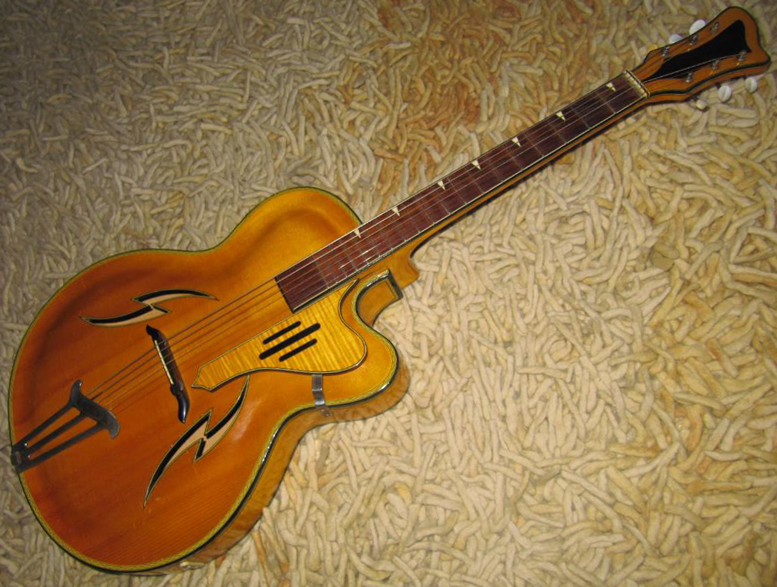 The Osbama brand stands for Oswald Bachmann Markneukirchen - Markneukirchen being this town in Saxony (next to the Czech border) famous for its music industry since the late 17th century. Situated in GDR after the WWII, it is where many of these electric guitars we enjoy so much have been conceived and built, and many East-German brands you are familiar with included its first syllable in their names - Musima, Migma, Marma...

The Osbama Tango was a very successful model at the time, combining traditional music quality and art-deco design - the lightning sound holes are particularly bold and elegant. Like often, its lines are more dynamic and elegant that it equivalent from West-Germany, with which it still shares the inevitable German carve and blonde finish.

An interesting fact - that might explain why it is sometimes so difficult to gather information - is that these guitars were usually not branded to ease their distribution in the black market. Both in the east and the west, post-war Germany was avid of entertainment, and musicians were often retributed with black market goods from occupation armies, including instruments, and a good Markneukirchen guitar was appreciated in the west, though it was better if it was untraceable...