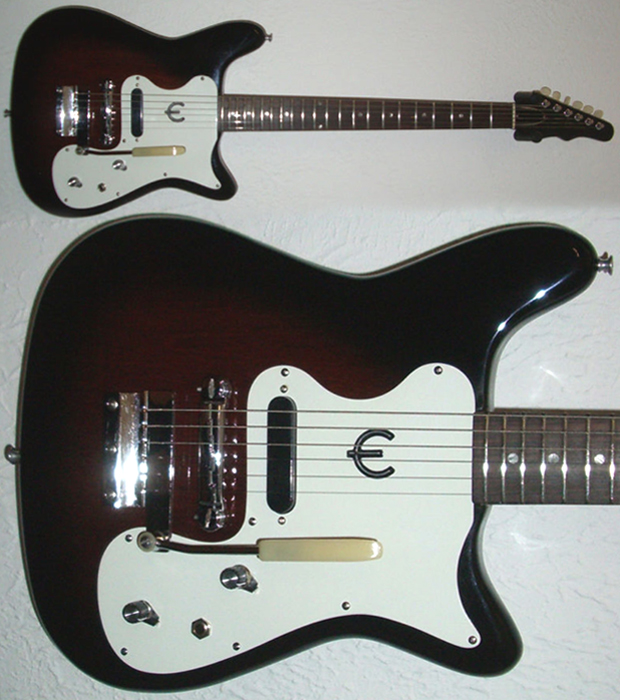 There are those who consider Epiphone no more than a budget company selling cheap Gibson copies, and those who are thankful for the affordable quality instruments they provide, but you can also focus on their original models, of course the ones released before they where bought by Gibson in 1957, but also some that were released later (up to nowadays) like the 1966 Epiphone Olympic SB 722 you can see here.

It's part of the Kalamazoo (Gibson's original factory in Michigan) built solid bodies line produced between 1958 and 1969 - this one sharing its asymmetrical body shape with the Crestwood and the Wilshire, also the batwing 6-in-line headstock. This Olympic SB 722 has a single single-coil pick-up in bridge position and the optional trem. I personally don't like its design but it seems to be well sought after - this has been Epiphone's most successful model ever...