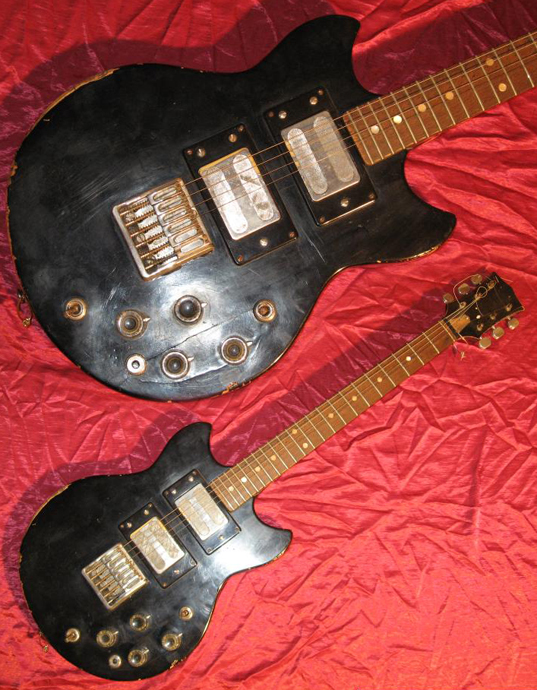 The late 1970s Czechoslovakia made Jolana Superstar is supposed to have been inspired by the Peavey T60 but to me it looks more like a Yamaha SG - that would mean that after all, while Japanese companies were busy copying American guitars, their own models were copied too!

One can't help noticing the ultra-wide humbuckers, the massive bridge and the oddly placed switches; it's a pity that this one is such in bad condition because I saw some in a better state that are quite appealing guitars...