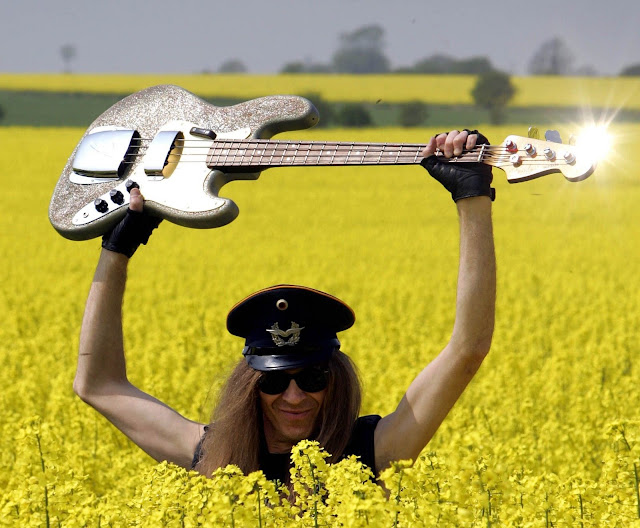 I'm a big fan of Julian Cope, so when I saw this listing  on eBay UK for his "Fake Fender" Jazz Bass (actually a re-badged Squier circa 2004), it made me sit up and take notice.

To quote from the auction listing:


Here for auction is a bizarre experimental Squier Jazz bass from about 2004/5. The item was inherited by singer/author Julian Cope, who removed the original pick-ups and added several different types during his years of ownership. Why? The body of the bass is so heavy that it works well as a platform for whatever is installed. Cope recorded the bass with its variety of pick-ups, then also added genuine Fender 50’s-style anodyzed gold aluminium scratch-plate, plus genuine Fender pick-up covers.

Thereafter, the bass was abandoned as a musical instrument and the pick-ups were removed. The item became a focal point for Cope’s press photos during 2008 (see main photo). A genuine Fender waterslide decal was added to the newly painted gold headstock, and the body was coated with the kind of hellish glitter (in the style of the mid-60s Irish Showbands) that sparkles in the sun, whilst a chrome iron cross was installed in place of the original neck plate. 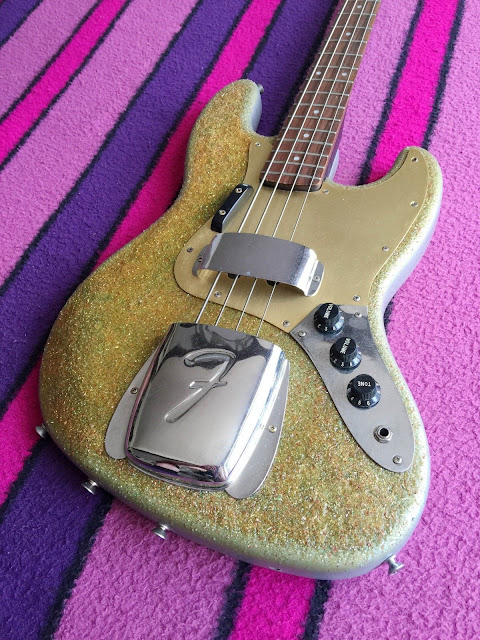 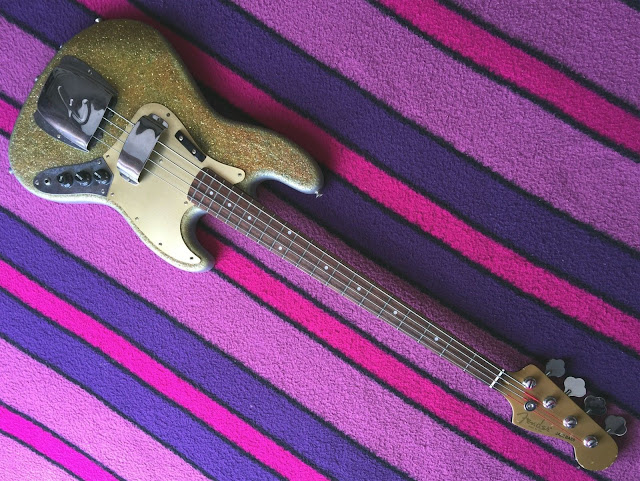 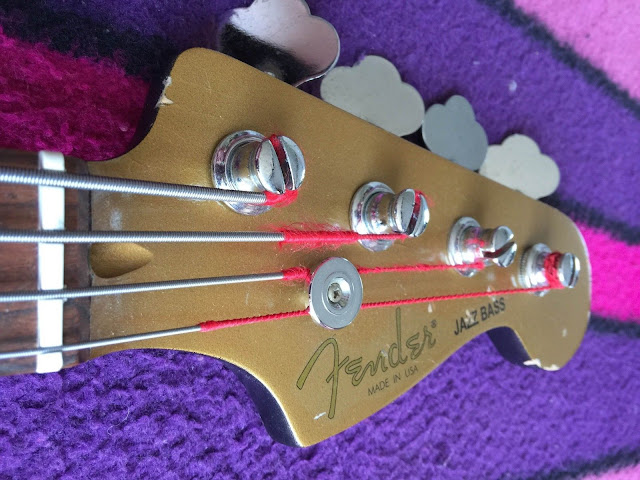 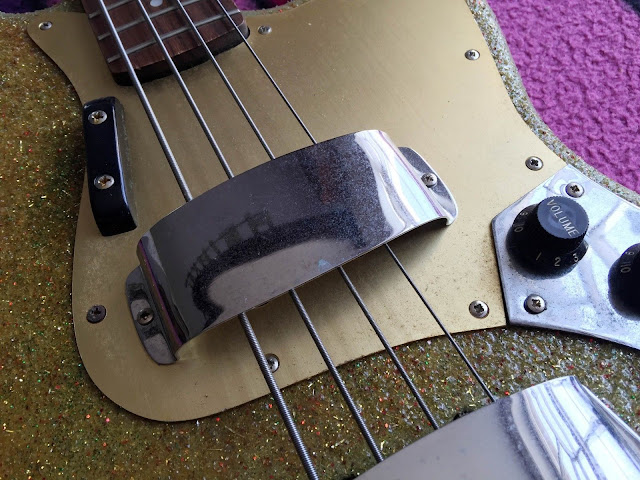 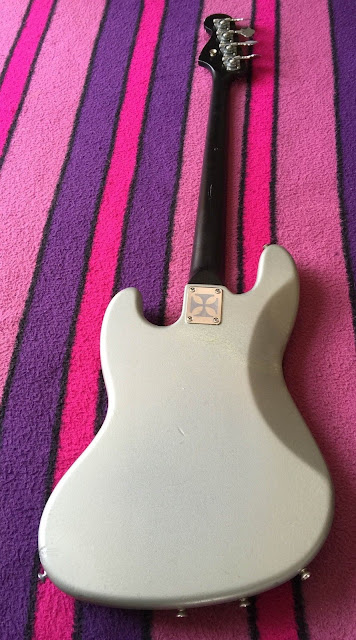 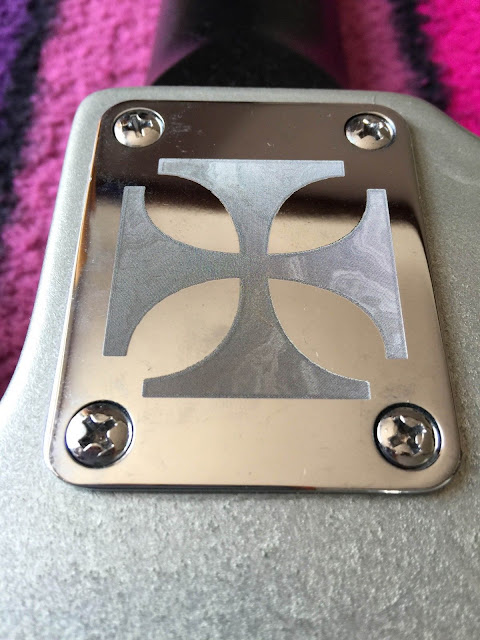 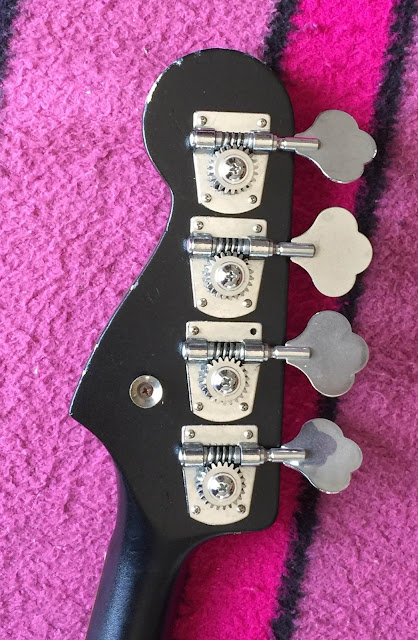 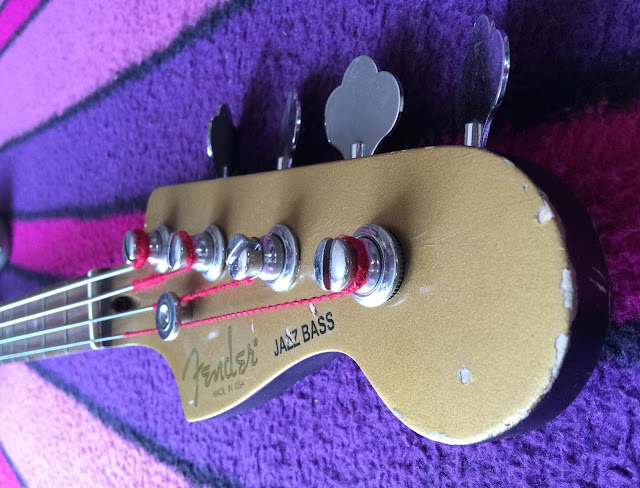 I'll post the final price when it sells. Note, it's for UK bidders only.

EDIT: It eventually sold for  £313.36. I was so tempted to bid myself, but had to ask myself, realistically do I need another bass right now?

© 2018, Guitarz - The Original Guitar Blog - the blog that goes all the way to 11!
Please read our photo and content policy.
Posted by Gavin Lloyd Wilson at 9:54 am