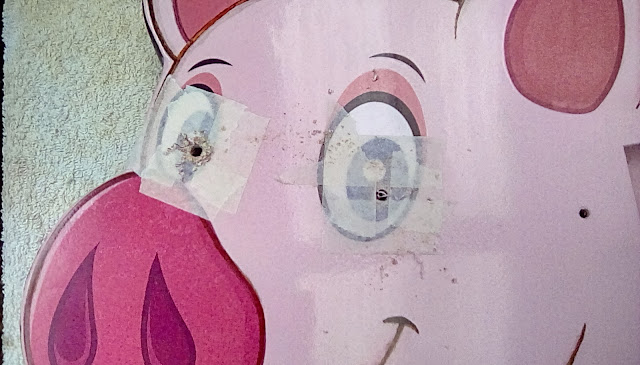 At the end of the previous installment I said that all there was left to do was the final assembly. However, I'd forgotten about installing the colour-changing LEDs in the eyes. Here in the photo we see the piggy undergoing eye surgery. I was incredibly nervous about this stage of the build because I'd be drilling through the decals beneath the clear coat finish and I was concerned about inadvertantly destroying the decals in the process.

The pupils in the eyes of the pig each have two small white discs, which I assume are meant to represent reflections. I took some time trying to decide which of the two I should install the LEDs in. I went for the lower "reflections" in the end as each of these discs is smaller than those uppermost, and are more in keeping with the size of the LEDs which have black rubber surrounds which would look weird against the white of the larger discs.

However, when I was putting some protective tape around the areas to be drilled (as seen above) I very nearly selected the upper white disc in one eye and the lower disc in the other. I was so glad that I caught my mistake because the pig would have ended up looking cross-eyed and it would have bugged me forever after.

The holes drilled were 6mm in diameter - easily big enough for the LEDs - but installing them with the black rubber surrounds in place was a complete nightmare. It was a very tight fit, and in the end I had to cut away some of the lugs of the surrounds so as to be able to squeeze them in. 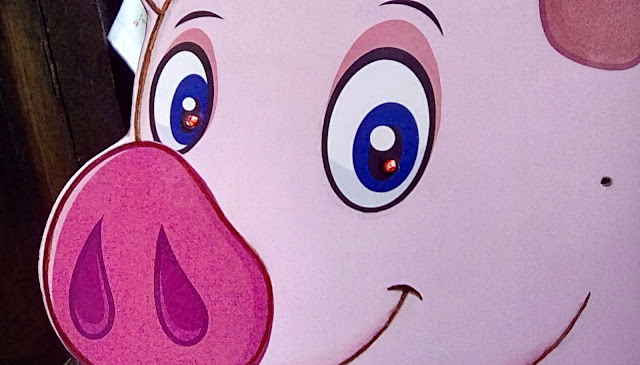 At last the LEDs are in. Hurrah! They are colour-changing LEDs, not flashing because that would be annoying, but rather they slowly cycle through a range of colours. Above we see the piggy with a red glint in its eyes. 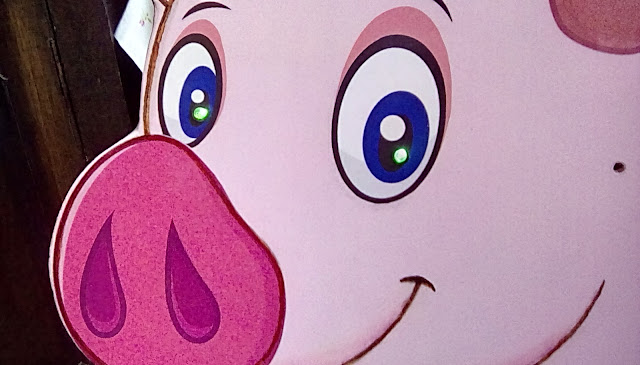 And here, above, we see the LEDs have turned green. 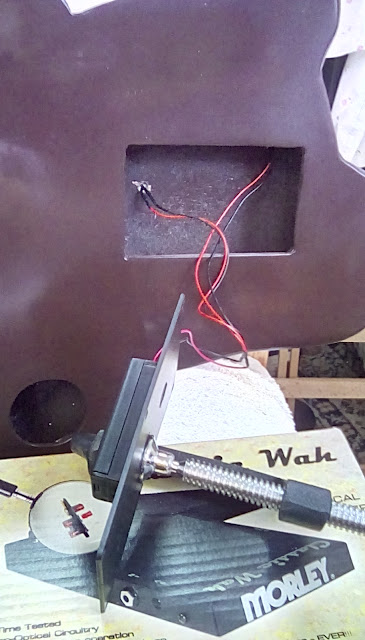 Here in this next couple of photos I am gluing the LEDs battery box to the cover plate. This is basically a Stratocaster-style tremolo spring cavity cover. 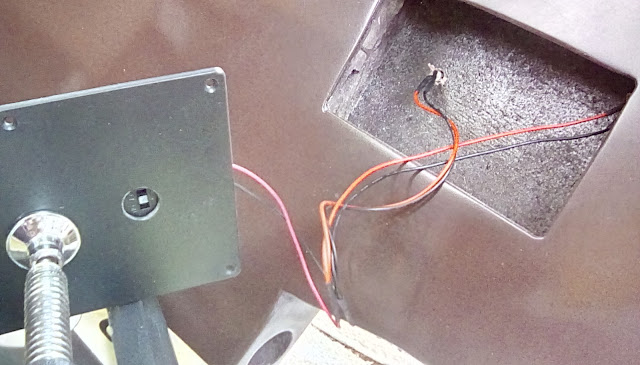 You'll see that I have drilled a hole in it to access the on-off switch for the LEDs. 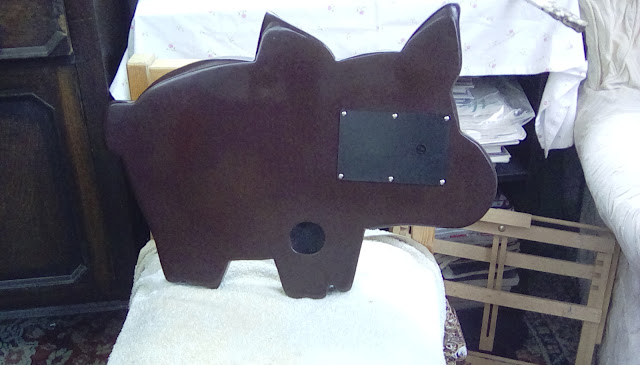 Here's the cover screwed into place over the LED cavity. I'm aware that it'll be a bit of a pain to remove six screws in order to change the batteries and then of course put them all back again, but I'm hoping that the batteries don't need changing too often. If it does become a pain, I might have to devise a better system.


Finally in this installment, here's a video of the LED eyes doing their colour changing thing!

© 2018, Guitarz - The Original Guitar Blog - the blog that goes all the way to 11!
Please read our photo and content policy.
Posted by Gavin Lloyd Wilson at 3:48 pm