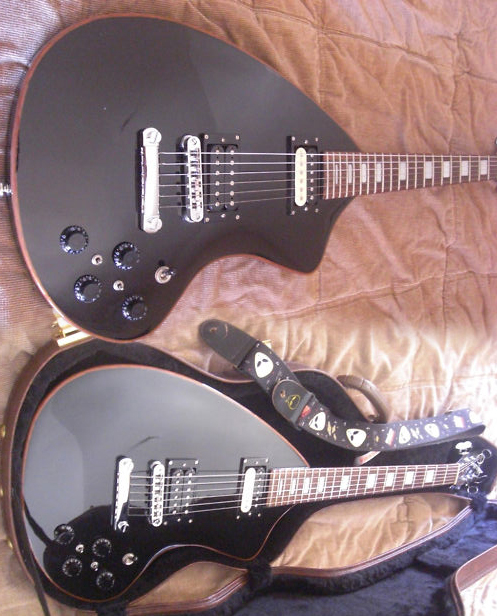 I knew the Giannini Craviola acoustic guitars - some have been presented on this blog already - but wasn't aware so far that at some point Giannini produced a solid body version of the Craviola.

Century-old Brazilian guitar company Giannini made solid bodies between the 70s and the 90s, mostly copies of Fender and Gibson, but there are no trace of this one in the catalogues I could check online. Nowadays, they are back to acoustics, including their most famous model, the asymmetric Craviola that has the lower part of a guitar and the upper part of a lute (on the acoustic version it seems to have a strong influence on the sound - so much that on its wikipedia article, it's not even labeled as a guitar!)

Of course, on a solid body the tone is not influenced by the design (or is it? this is an endless debate, and I'm on the side of the skeptical) but the result is beautiful, particularly since it's - as far as I can see on these photos - an archtop.

Simple and original, definitely a guitar I would happily add to my collection!
Bertram

Edit: not an archtop after all, check the comments!

Guitarz - The Original Guitar Blog - now in its 9th year!
Posted by Unknown at 12:54 pm