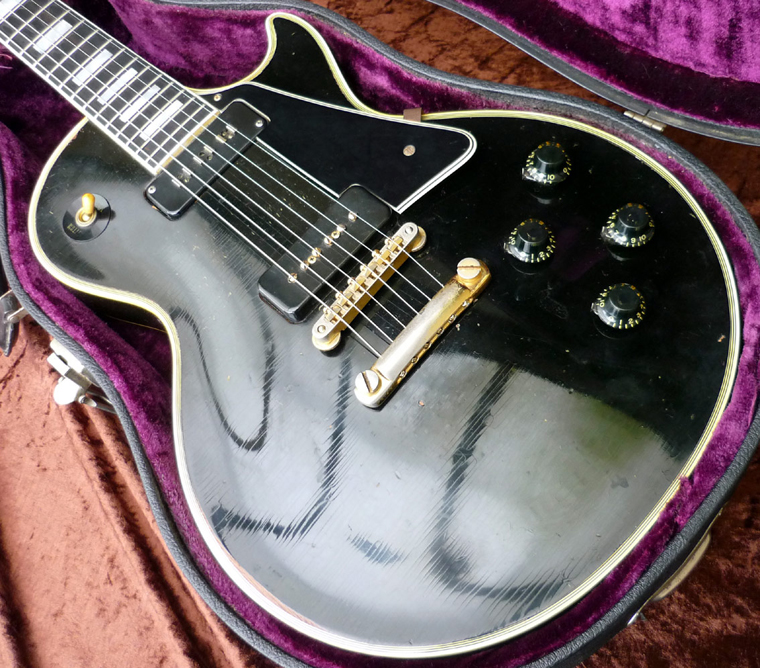 This  Gibson Les Paul Custom (aka the Black Beauty, aka the Tuxedo since Mister Les Paul himself allegedly requested a black guitar that could be played wearing a tuxedo - that were other times) is some serious vintage stuff since it's a 1955 model - just 3 years after the Les Paul was first released... 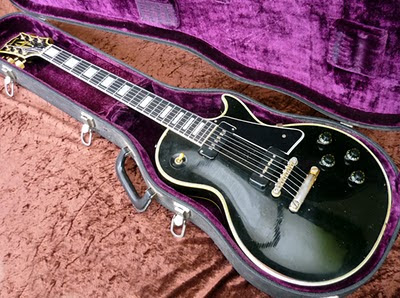 And as you can see it has lived a long and active life and grew old honestly and harmoniously, not like these stupid sandpaper relicked fakes that some soulless ignoramuses think are cool.
It's a pre-humbucker model - the Gibson PAF humbucker is from 1955 also - with a bridge P90 and a neck Alnico V. Like the Custom models of the time, it's a full mahogany body, without the usual maple archtop - it makes it lighter with a darker tone.
I always enjoyed showing some ultraclassic guitars here sometimes, hard to do better than this one, isn't it?
Bertram

Guitarz - The Original Guitar Blog - now in its 9th year!
Posted by bertram at 9:35 am