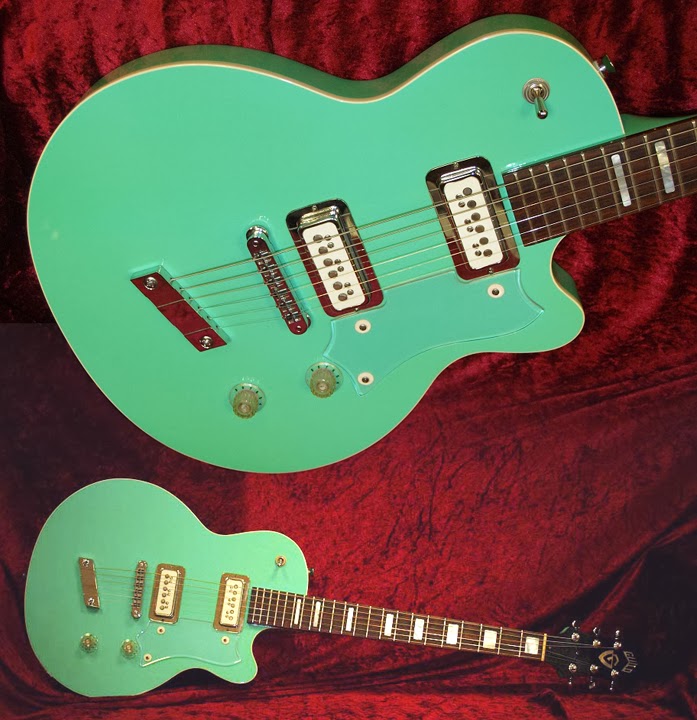 Guild's M-75 model was released as the Aristocrat in 1952 - the same year than Gibson's Les Paul - and has a hollow body despite its lack of sound holes. It's been discontinued and re-issued over the last decades in different versions - switching to its new name Bluesbird in 1968.

This recent (I don't know the precise date, but it doesn't look vintage) custom shop seafoam green model has DeArmond pickups and cool looking pickguard and knobs - and an elegantly slanted hardtail replaces the usual Guild stoptail. These guitars have quite good reputation, and I like their simplicity.