Back in the late 70s, when I first left home, I lived near a street that was famous for being chocablock with second hand shops. I spent many a Saturday morning rummaging through the treasures there, picking up amazing records from bands I never heard of, dilapidated furniture and bits and bobs to decorate my freezing hovel. Ahhh! Such memories.

Amongst all the bric-a-brac was the occasional guitar. A green Microfrets was in the window of a shop that I never saw open. There were Silvertones galore, with and without amp-cases and ghastly Teiscos with nasty flower motifs on the scratch plate and strings like cheese wires.

It was in one of those shops, I first saw one of these Dynelectro guitars. That got me a bit confused as I then thought they were the originals and Danelectro were copying them. It's hard to imagine now but, in 1965, a company copied another's product, even down to the almost-the-same name, and sold it openly. What is now known as "passing off" or back then "ripping off".

I never did buy a guitar from that street but I did, eventually, buy a reissue, late '90s Dano U2 and it sounds and plays really well but I've never had the opportunity to play a Dynelectron. From what I've read about them Dynolectrons were at least as playable as the originals and this seller agrees.

The pictures also seem to support that pretty well, as does the fact that it was once owned by Walter Becker. 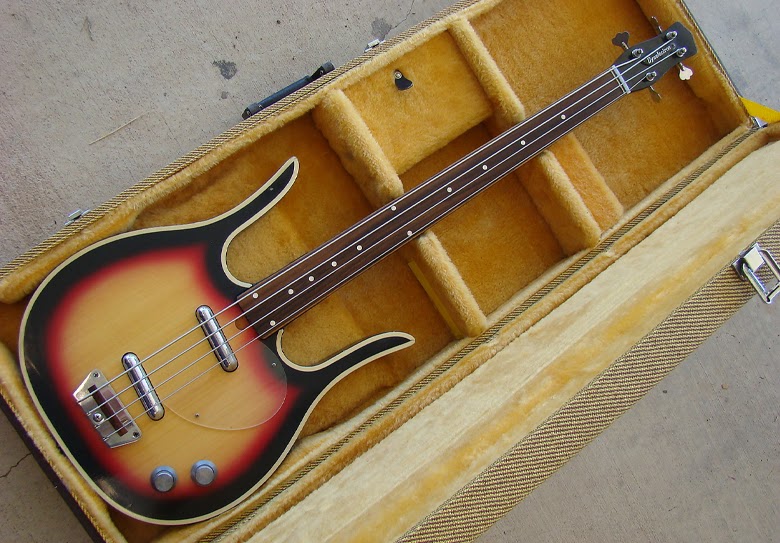 A rare 1960s Meazzi Dynelectron fretless longhorn bass(copy of Danelectro) - previously owner by Walter Becker of Steely Dan and also used on David Lynch's production of Lux Vivens (can be seen on the Lux Vivens youtube video) - comes with signed papers as to its authenticity - bass is set up and very playable, has stress/finish cracks at neck pocket(see pic), and some small dings and wear as shown, bass has an awesome growl and is very light weight - comes with non-original newer tweed hard case - this bass is also featured on FetishGuitars.com under Meazzi 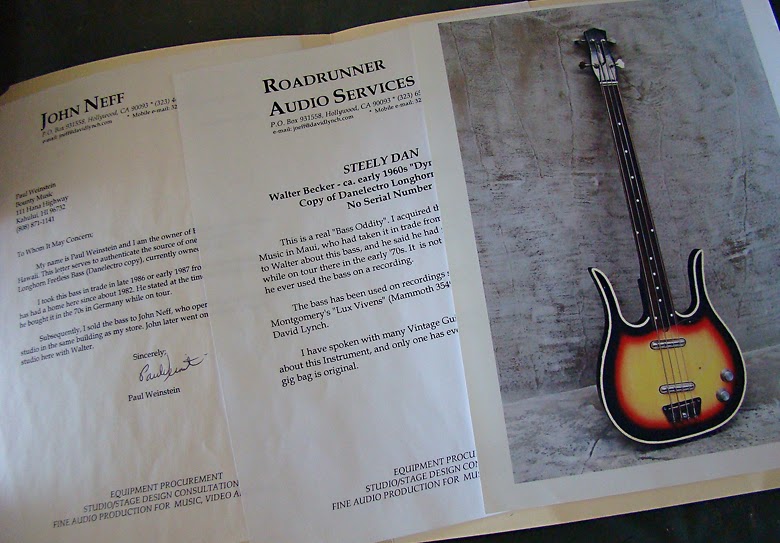 This is obviously a well made instrument and probably, given its provenance, is priced about right. But, it has a fairly specialised appeal, I'd say (although I wouldn't say no) and, as the seller has put it in a long-term listing, I don't think it'll be a quick sell.

That means we can drool over it and imagine if we had the cash/space for even longer. 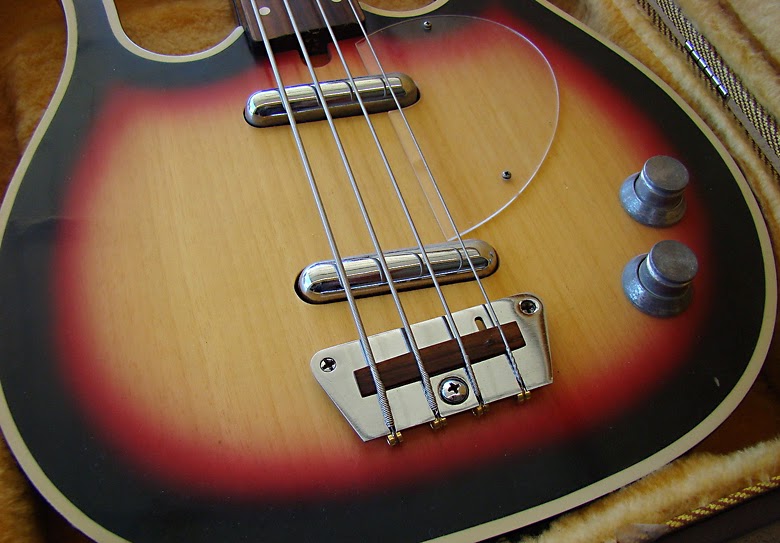 David In sunny but autumnal Barcelona

© 2013, Guitarz - The Original Guitar Blog - the blog that goes all the way to 11!
Please read our photo and content policy.
Posted by battaolo at 8:08 am