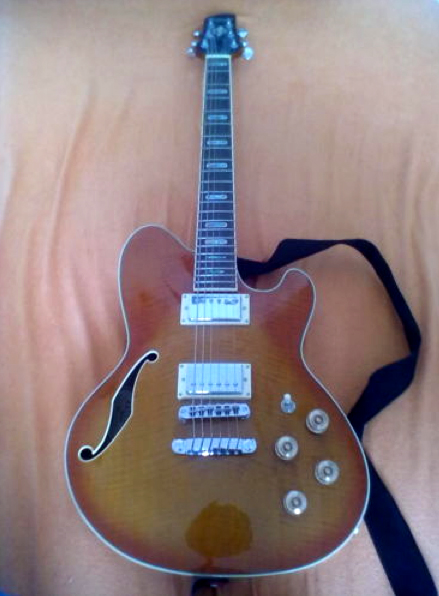 I already told here and here how much I liked Ibanez Talmans, a short-lived nice no-nonsense guitar series from the 1990s than could have become a hit and disappeared without much legacy (but the acoustic model that still is in Ibanez catalogue - I have one, I wouldn't play it on a big stage, but I don't play on big stages anyway, and I've been happily traveling around with it).

I was aware that there's been a thinline version of the Talman in the early 2000s - silver finish ones show up on the Internet regularly with good reviews -, but I didn't know this TM 81 that belongs to both Talman and Artcore series. I have narrow taste when it comes to guitar finishes so I'm not a fan of the flameburst finish, but I have a good feeling about this guitar, that looks common but has something unique...