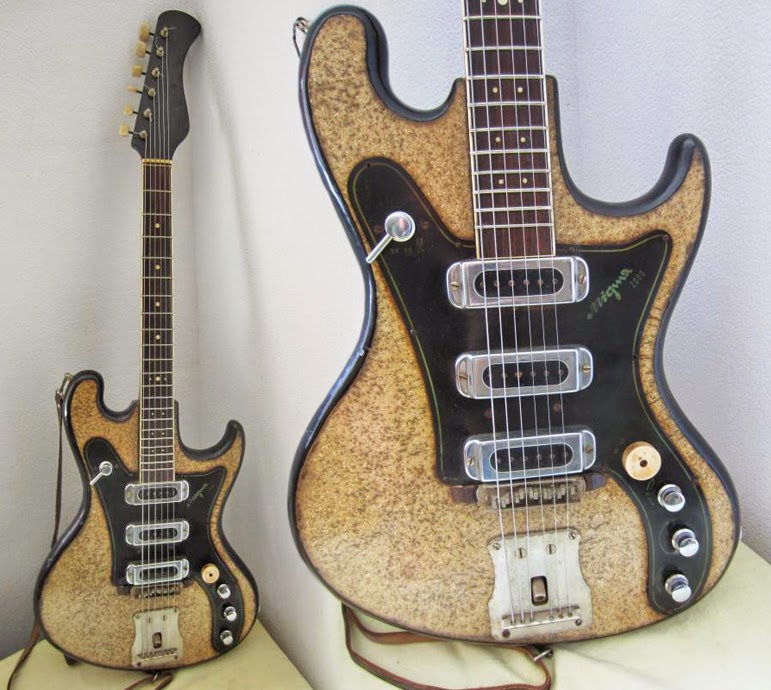 In the second half of the 20th century, it was common to add '2000' to a brand or to the name of a product to sound futuristic - could be cars, radios, vacuum cleaners, toothpaste, street artists… Now in 2014, when people carry around smartphones that are more powerful that the computer that helped Apollo to fly to the moon,  it sounds very retro, like putting data on audio-cassettes, the stratocaster or Soviet Union…

So here is the Migma 2000, that must have been something very advanced at some point, the acme of socialist technopop! I still wish a guitar company would revive some east-european models from the 1960s/1970s. A few months ago Eastwood made a 'cheesy guitars' (what a stupid and insulting name) contest to have their fanbase choose a bizarre guitar to reissue, and I think they finally picked a Wandrè, but there were a Tonika and a Jolana in the lot. The choice was based on oddness, I wish they'd be genuinely interested in these guitars, and I'd love to see a brand new Migma or Orpheus or Defil, with decent wood and good electronics, like they do in China these days...