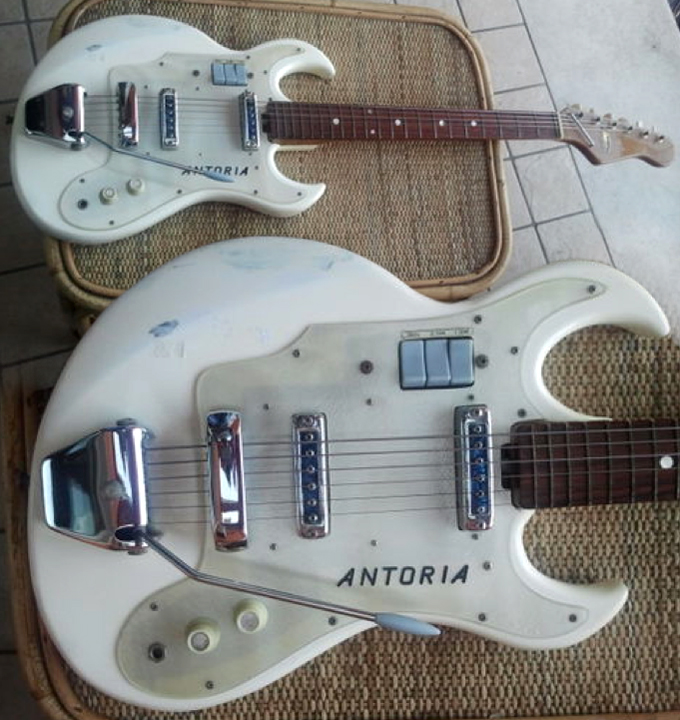 Here is a 1960s Antoria 993 that seems to combine the body of a Jaguar with the horns of a Bison (something that might interest also cryptozoologists, mythologists and readers of Jorge Luis Borges) for a unique feel. Antoria was an early British guitar company that started in the 1950s before shifting production to the FujiGen Gakki factory where they shared some models with Ibanez, as much as their cloning policy actually!

Their guitars have been made visible by then by musicians such as Hank Marvin (I swear I will not make jokes about the Shadows on this blog anymore!) Since 2007 a new company took over the brand but they just produce Fender/Gibson copies (what's the point, really?)