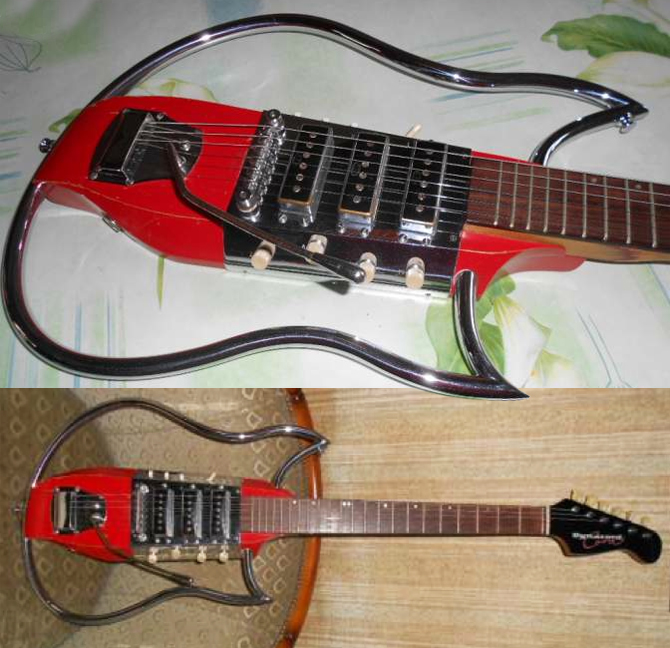 No more link to the selling site of this stunning Dynacord Cora - it was unsurprisingly sold very fast - there've been no more than 100 of these ever produced and it's a guitar collector's dream, when vintage surpasses once for all anything that followed in the next half century! 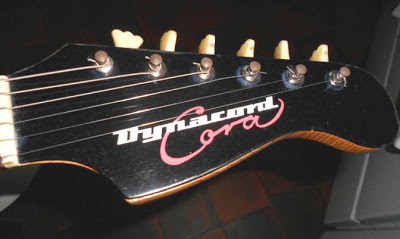 Dynacord is a major German audio company started in the 1950s, shortly teamed in the 1960s with Italian GEM (also using Schaller hardware and pickups) to produce a series of guitars including this quite unique Cora: a reduced wooden body in a double cutaway-shaped tubular frame.

It was short-lived - not sure if for technical flaws or excess of avant-gardism,  but it's a mystery to me that such a perfect design was not explored further and made a standard!

And you know what? There was a black body model and it looked even better!