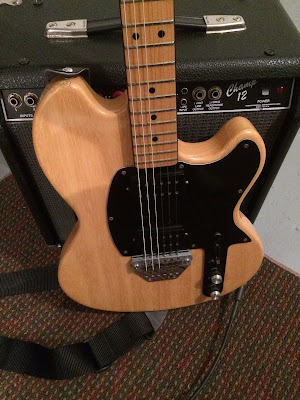 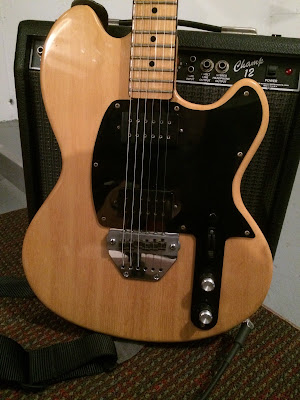 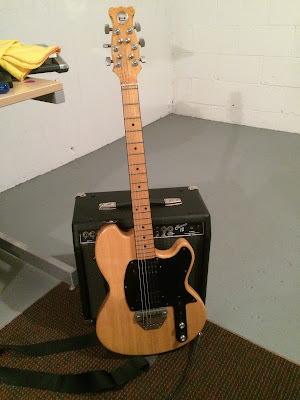 Firstly, my apologies for a minimal amount of posts recently. Life has been pretty busy and though the actual posting of cool guitar pictures doesn't take long, the scouring of the web to find said guitars takes a while.
I do miss it. Both the posting and the scouring.

That said, not all is sad and busy in my world. I finally got a guitar I've been coveting for years. A Hayman 3030. I sold a bass and some smaller gear and got myself this awesome birthday gift.

The good:
1) This thing is in impeccable shape for something nearly my age. So very clean with just enough wear to show it's been properly used.
2) Almost everything is original and even has the oft-lost headstock disk.
3) It's super quiet. I've not had a chance to test it in a band environment, but at studio levels there is no noise at all.
4) I love the neck on this thing. It feels like home.
5) About 1/3 the cost of the last few 3030s I've seen for sale.

The Bad:
1)It's not all original.
2) The trademark pickguard with appliance style control plate is gone. The replacement is well made and in my opinion it looks pretty great.
3) The Re-An pickups are gone too. The replacements look similar to the humbucker on my Burns Steer, but more research leads me to believe that they could be late 1970 Dimarzio Super 2s. I'm not sure how to feel about this as I've never had Dimarzio pickups in any of my guitars. Time will tell.
4) The tuners have been replaced with Sperzel locking tuners. I know this may not be a bad thing but I'm the guy that wraps as much string on the post as he can. I've been that way for 30 years, going to take a lot to get past that.

The good very much outweighs the bad here. It's going to be a very happy birthday for this fella! 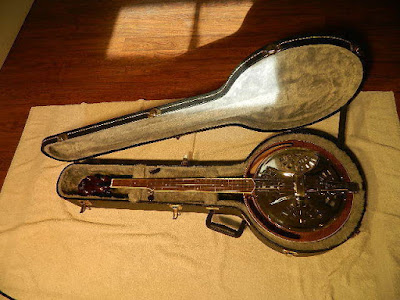 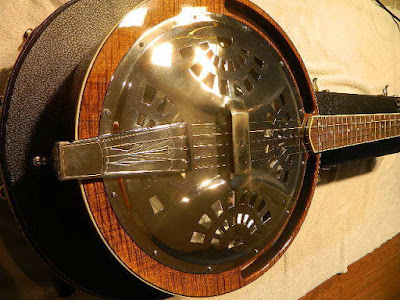 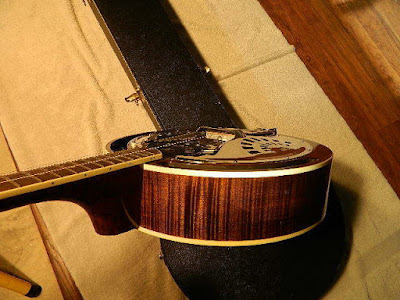 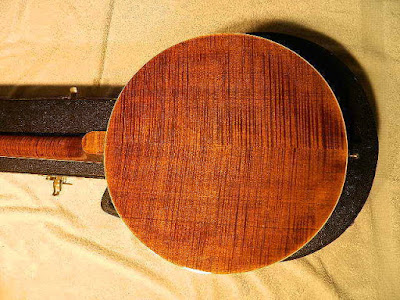 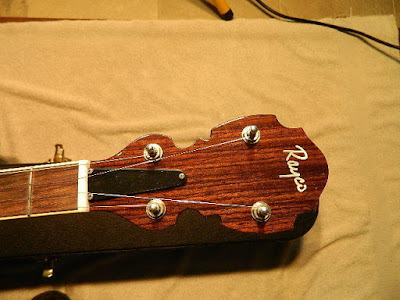 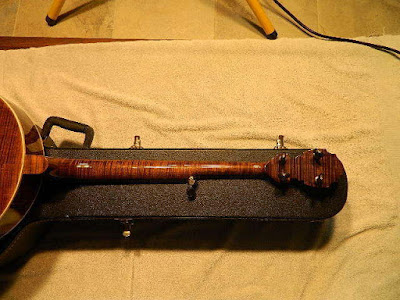 As a struggling Dobro and Banjo player the thought of adding a hybrid of the two to my arsenal is both appealing and daunting.
Perhaps this Rayco ResNick Resophonic Banjo designed by Ross Nickerson could be a replacement for the other two.

Less gear to carry is always a good thing, right?

© 2015, Guitarz - The Original Guitar Blog - the blog that goes all the way to 11!
Please read our photo and content policy.
Posted by Gavin Lloyd Wilson at 10:03 pm 6 comments: 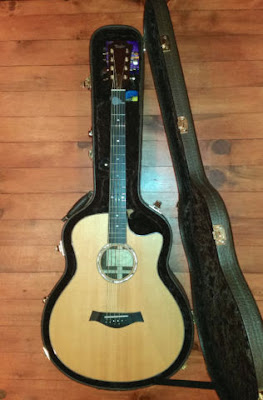 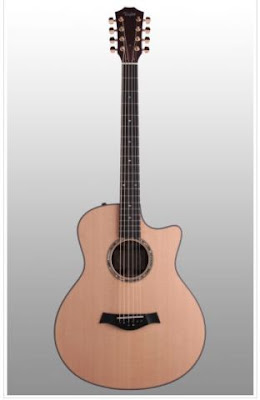 I'm not necessarily a fan of Taylor guitars. I've played a lot of them and they are actually quite playable, I've just never played one that sang to me in anyway and they really aren't offering anything unique. At least I thought they weren't.
It seems I was wrong.

This now discontinued Taylor GT8 is a baritone guitar and the middle 2 strings ( A and D ) are double coursed with an octave string. The result is rather piano-esque (or rather pianistical?) sound and I can see a lot of applications here for an acoustic performer. I'm a little surprised that it's no longer made. Perhaps the $3500 list price was too much for most.

Check out a demo here.