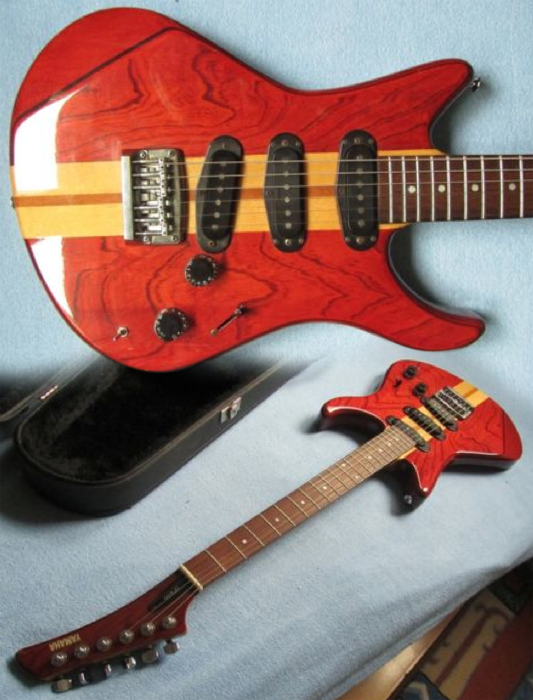 So far I didn't like Yamaha's SC series that felt no more than a downgrade version of the great SGV, but the glossy transparent lack on a subtly figured mahogany body and maple/manhogany neck-through is sumptuous and makes it a completely different guitar.
Contrarily to many Japanese guitars of the time mostly influenced by Gibson, Yamaha keeps here the 3 single coils strat configuration of its earlier models.

For some bizarre reasons, this guitar was short lived and produced only in 1981-1982.
Bertram