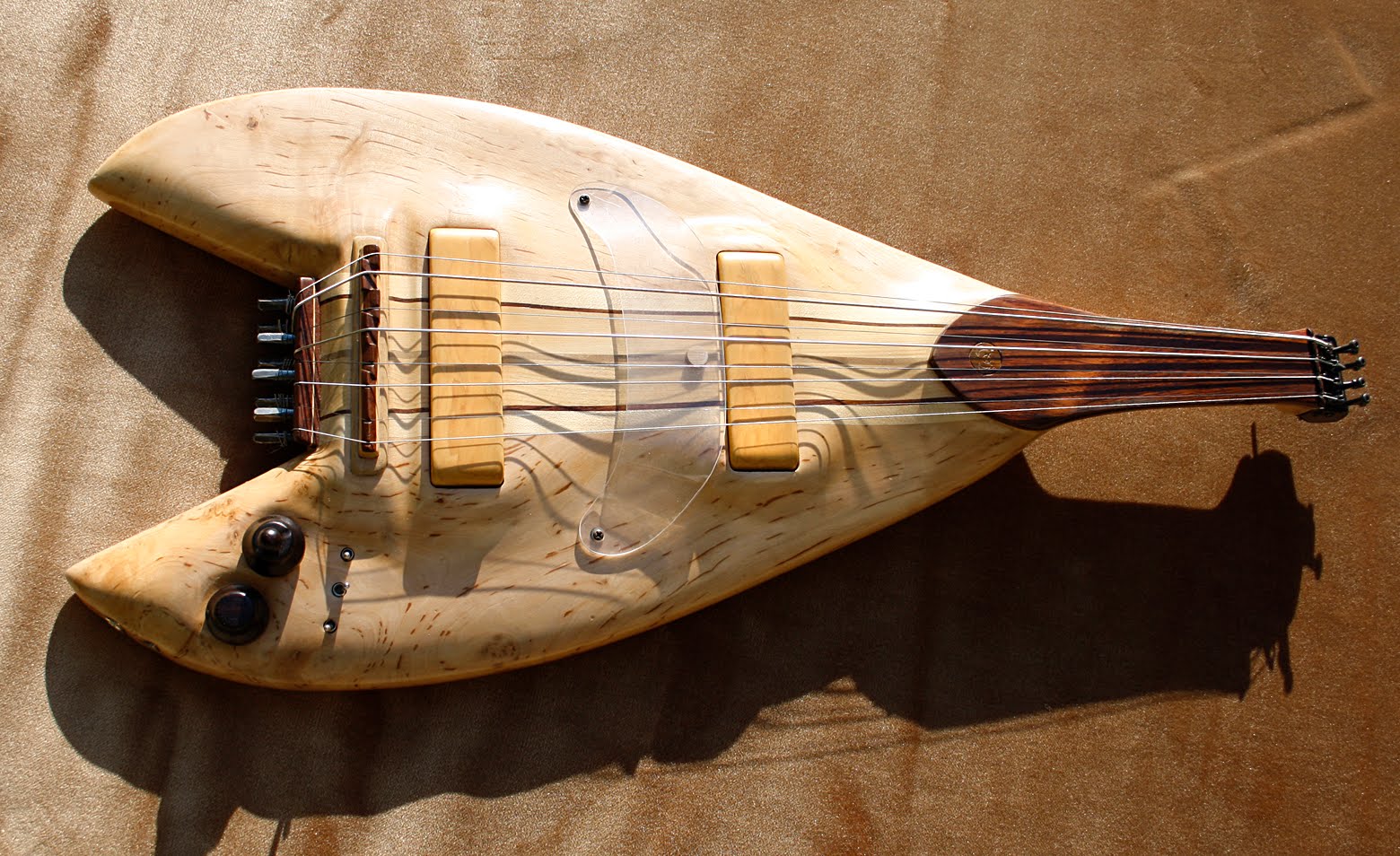 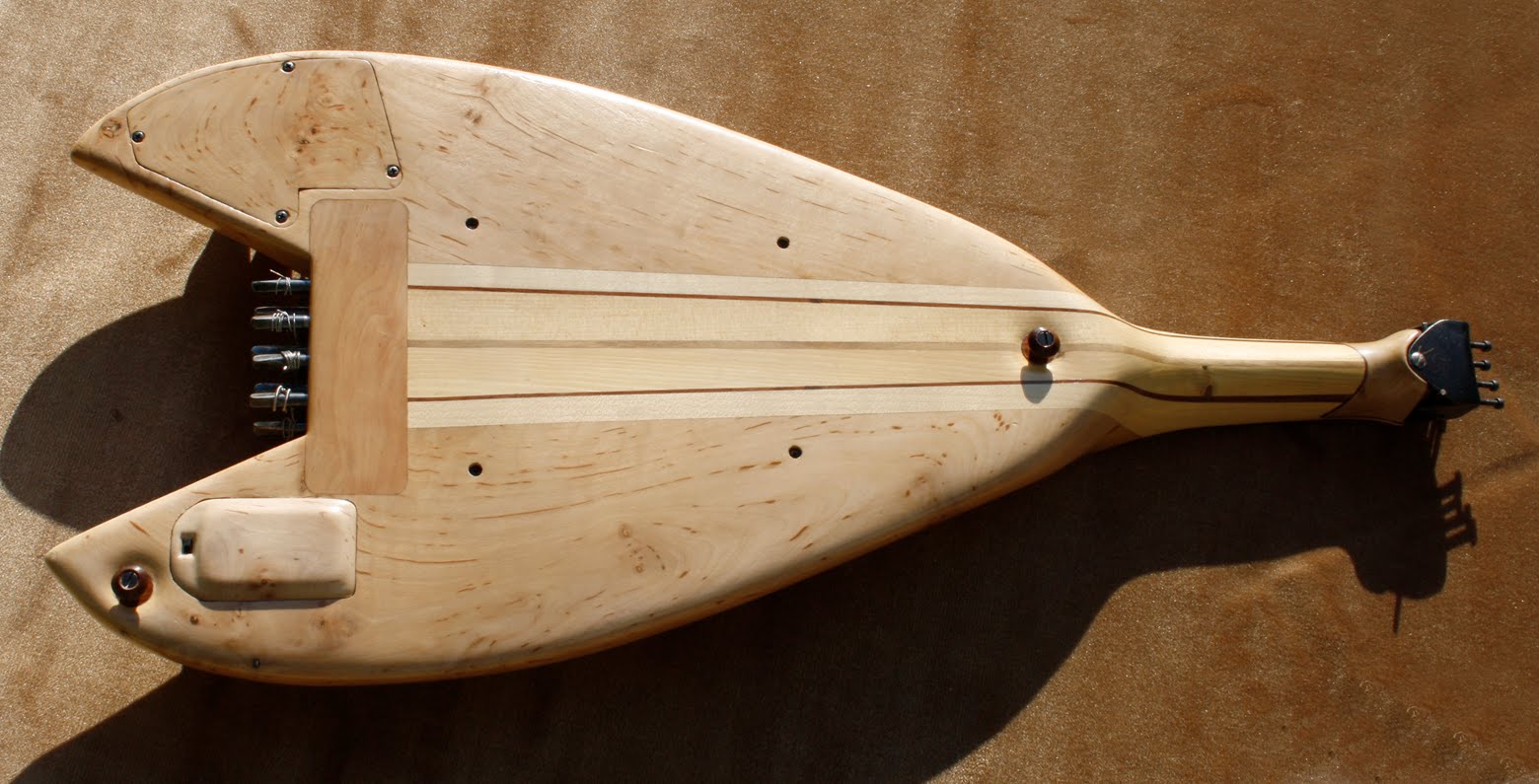 I first spotted this instrument about two years ago, in a tiny profile image on MySpace. After contacting the owner Kudász Ferenc (Dr Kobsa), we engaged in an exchange of emails and I learned it was called a Koboz and Ferenc built it himself (in 2000).

I also found out here that traditionally the Koboz Hungarian or Cobza (Romanian) is often associated with the singing of epic songs. Hungarians of Moldavia play melodies on it, but Romanians usually play the Cobza as an accompaniment. I also, learned that it's rarely played today, having been replaced by the cimbalom, accordian, or synthesizer. Well, luckily for us Ferenc didn't let that stop him and has created a stunning, modern interpretation of the instrument. Ferenc plays on a variety of stringed instruments (including villanykobza and mandolin), in the Hungarian folk group Fakutya.

On their website, I found this: "The electric Kobsa is not a traditional instrument and might be the only such creature in the world." I think that makes us very privileged. You'll notice that there's a few different pronunciations of Koboz too.

Ferenc was in the process of making some changes and improvements and said that when he was happy with it, he'd send me some photos. A few days ago I received a folder full of photos and the wait was over and, well worth the waiting.

What I like about it is its organic quality that makes it feel ancient and modern at the same time. The body looks, to me, like it was carved from the ivory of a preserved Siberian mammoth and the pickups like they were some kind of surgical implant that the bone has grown around. This is the kind of object that you'd find yourself running you hands over like an old wooden stair post thats been polished down to the bare wood by decades of use.

This is a clip of Ferenc and his Koboz in action.


And, this is Ferenc's own description of the construction and electronics: