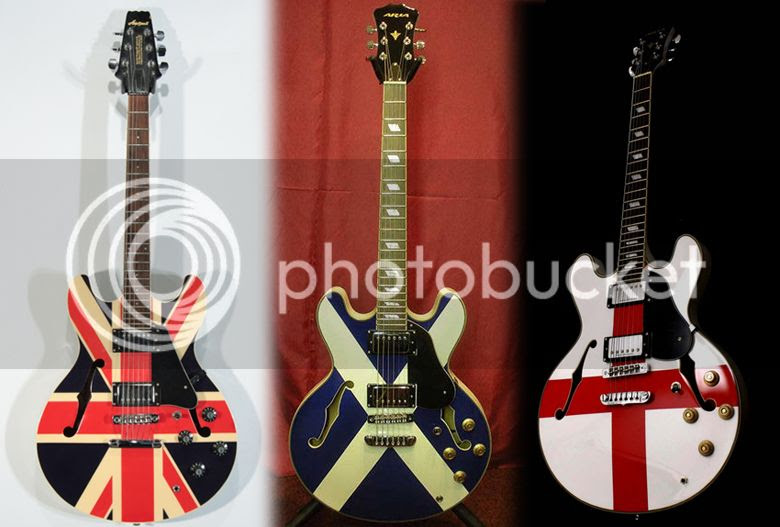 Since the mid 1990s, Aria have been producing these thinline semi-acoustic guitars with finishes based on the various flags of the United Kingdom. I believe these have been limited editions. Although the examples of Aria TA-50 thinlines bearing the St George's Cross (English) flag and the Saltire/St Andrew's Cross (Scottish) flag have been appearing recently on eBay and have been described as "New", these finishes are not listed as options for the TA-50 on the Aria website.

The Union Flag guitar (it should never be called the "Union Jack" unless the flag is being flown from a ship) and the Welsh Dragon guitar (seen below) are both Aria Pro II TA-40 thinlines. Whereas the TA-50 is more Gibson 335-like with a set neck and a solid block through the centre of the body, the TA-40 has a bolt-on neck and a completely hollow body. The body is also smaller than the TA-50, perhaps about 7/8ths of the size. 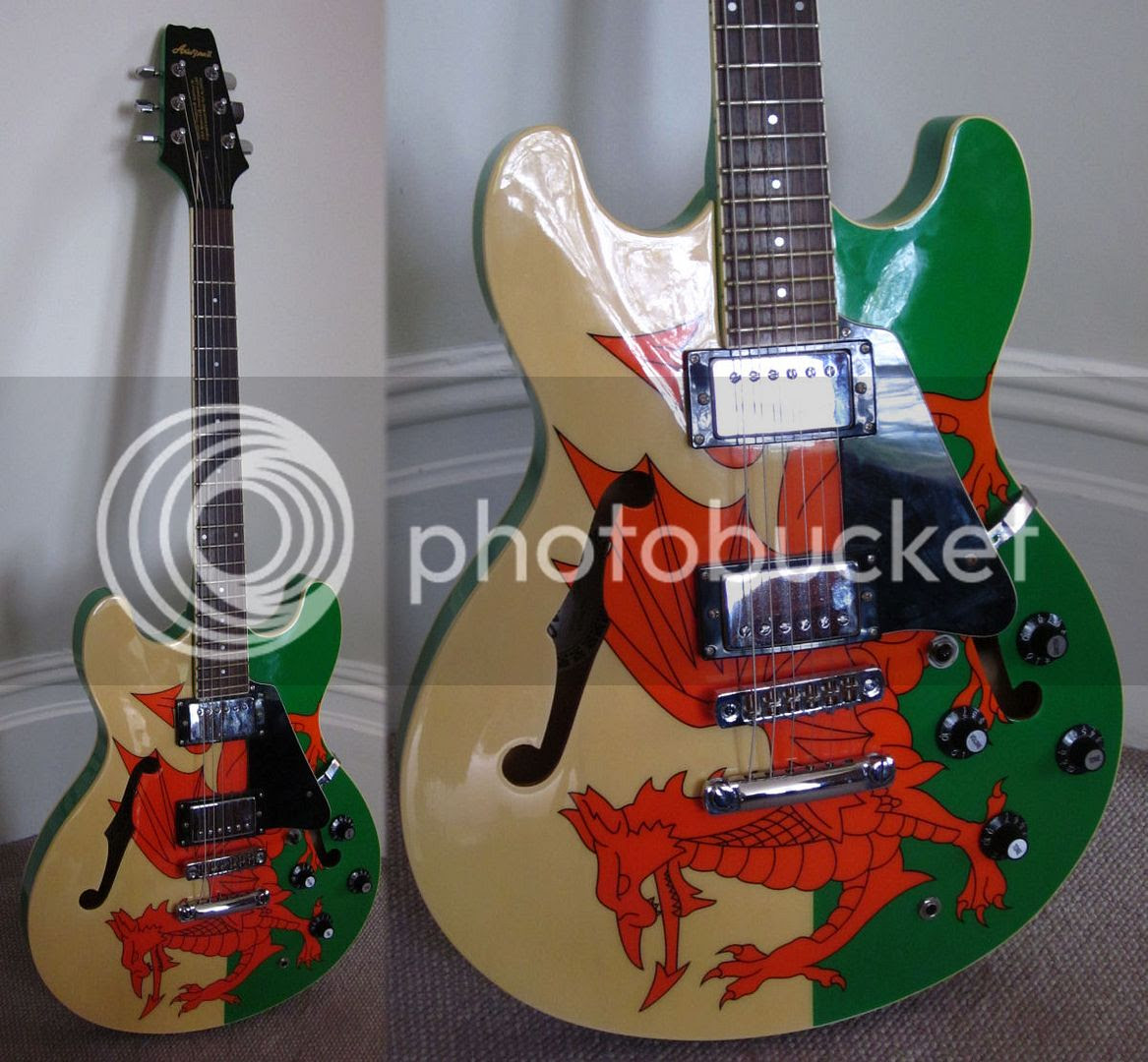 I am told that these were only produced from 1994-96 and that the Welsh Dragon is the rarer model of the two. Think about it, this would have been at around the time of the "Brit Pop" craze, when Noel Gallagher of Oasis was to be seen playing his signature Epiphone Supernova with Union Flag emblazoned on the top. It's easy to see that the cheaper Aria guitar was inspired by this. As to the Welsh Dragon, it's possible it was a special order, maybe by Cranes Music of Cardiff. I certainly recall seeing one in there back in the day.

The Welsh Dragon TA-40 seen here is actually my own guitar. For such a relative cheapy (you can pick up 2nd hand TA-40s on eBay for prices between £100-£200) it is a really lovely player. This dragon certainly has fire in its belly when you need it, and can snarl and scream along with the best of them. For someone brought up on Strats, the smaller body is to my own tastes. I think the width of a 335-like body might just feel too big. The hollow body also provides enough acoustic volume for unplugged practice although with a somewhat boxy tone, which is only to be expected given the laminated maple construction.

If anyone out there has any more info on any of these guitars, I'd like to hear from you.