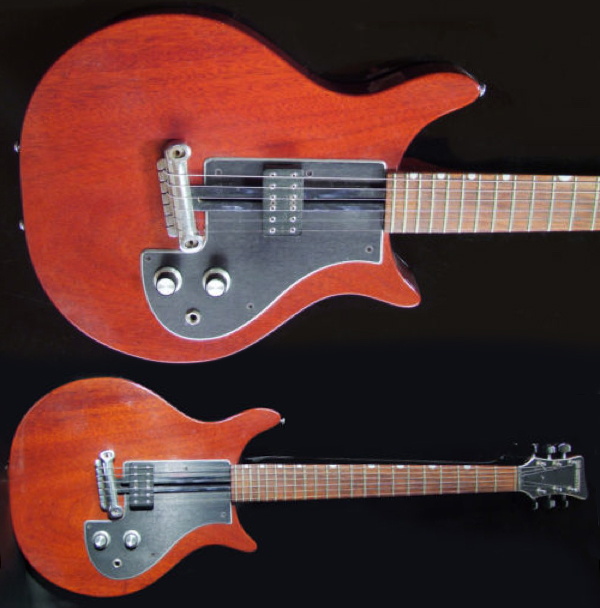 Here is a rarely seen Dan Armstrong London from the early 1970s, quite an unique guitar with its characteristic sliding humbucker. The body is an hybrid of Les Paul Doublecut and Rickenbacker 325 cut out of mahogany, the bridge only looks like a wrap-around one but is one of Dan Armstrong innovations, being connected to the ramp on which the pickup slides.
You know, I could tell much about this guitar but I would just summarize what I found on the very complete website dedicated to Dan Arsmtrong's life with guitars, that I invite you to visit. And for those who would not know who Dan Armstrong is, you probably know how most famous guitar, the plexiglass model released by Ampeg and played by all the Rolling Stones members on their 1969 US tour (and resulting film and record). 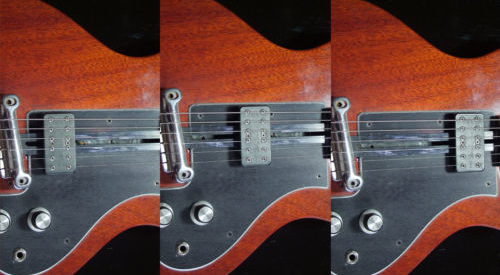