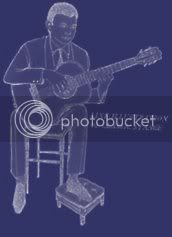 Looking through my bookshelves back at home I re-discovered an old paperback book I bought many years ago at a jumble sale, "Guitar" by . This was published back in 1965 and is, in places, absolutely (unintentionally) hilarious.

SOLID ELECTRIC GUITAR
The Solid Electric consists of little more than a neck, pickups and a small solid body, the shape of which has no bearing whatsoever on the tone produced. [...] ...because of the lack of acoustic properties, a Solid can be produced more cheaply. This is not to say that one cannot pay a very high price for a Solid Electric with special refinrements and gimmicks - but the reason for this is more one of fashion than of true musical value. The big disadvantage of a Solid is that without an amplifier it is incapable of producing a musical tone. I would never advise a beginner to start with a Solid.

A SPECIAL NOTE FOR THE LADIES
You're going to have to cut those lovely long finger nails on your left hand. If you don't make this sacrifice for your Art, you're never going to be able to press the strings down in the correct manner. 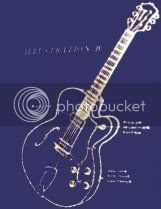 With modern amplifiers rated anywhere from ten to fifty watts, it is possible to make a lot of very nasty noise with an Electric guitar. Somewhere along the line a lot of groups have got hold of the idea that the louder they play the more 'beat' they will have. This can be very wearing on the nerves, and from the customer's point of view about as entertaining as being dropped from a great height into the middle of Armageddon. There's absolutely no sense in trying to give your audience shell shock. Play at a reasonable volume, but err rather on the side of quietness - they may even listen to what you're doing, INSTEAD OF BATTLING TO SURVIVE IN SPITE OF IT.

The book also generously devotes a whole six and a half pages to a chapter on BASS GUITAR:

Of late years there has been a considerable vogue for the use of Electric Bass guitar, a four stringed instrument pitched an Octave lower than the standard guitar. [...] Taking the place of the conventional String bass in a group, the Bass guitar has several advantages over that instrument. A lot of String Bass players have been able to get away for many years with producing nothing more than a percussive 'thud' from their instruments, and paying little attention to the harmonic correctness of the actual note they are fingering. There can be, and neither do I see any reason for, such faking on the Bass guitar, which produces a clearly audible musical tone. When the vogue started, many Bass players who thought they were onto an 'easy number' moved over to the Bass guitar - only to find for the first time in their careers that they now had to concentrate on playing the right notes. For the guitarist, on the other hand, the Bass guitar is an easy number.