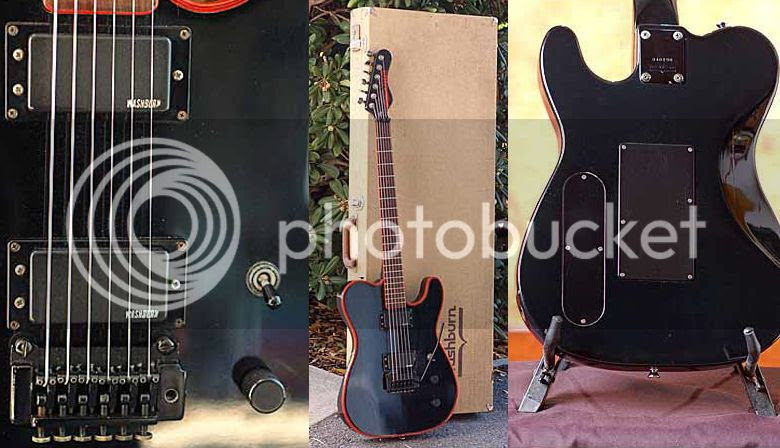 With reference to the Takamine GE-400 that Bertram posted yesterday, Ed writes:


I had a mid 80's Washburn Tele that must have come from the same factory. Black with Orange/Red accents, including the fret markers. Same tremelo, too. I bought it on eBay because it matched my shoes. Solidly built, but It was the heaviest tele I ever played. I shipped it to someone in the Ukraine last year. 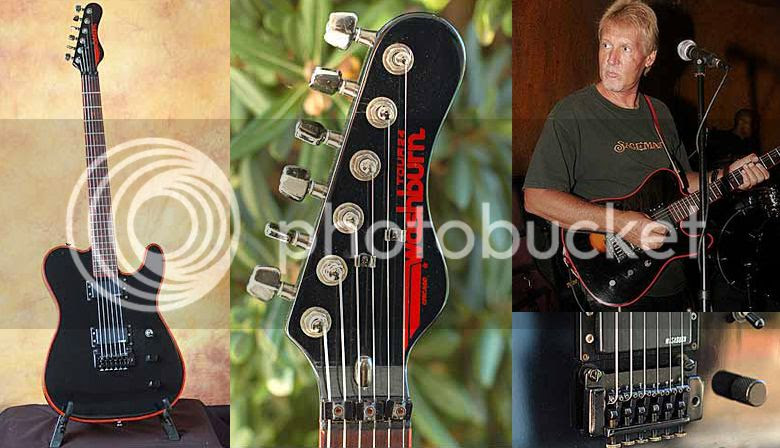 Thanks for that, Ed. I remember these from back in the day, and thought they were cool then. I suppose it's a Tele in body outline only. It's a Washburn Tour 24 and would have been built between 1982-1985, with solid Ash body, dual humbuckers and tremolo. I'm not sure what the trem unit is in this case, but some of these guitars (most likely the USA-built "Chicago" models) were outfitted with Washurn's proprietary Wonderbar locking tremolo system - which was a much bulkier piece of hardware than that seen here.

Guitarz - The Original Guitar Blog - now in its 9th year!
Posted by Gavin Lloyd Wilson at 11:05 am