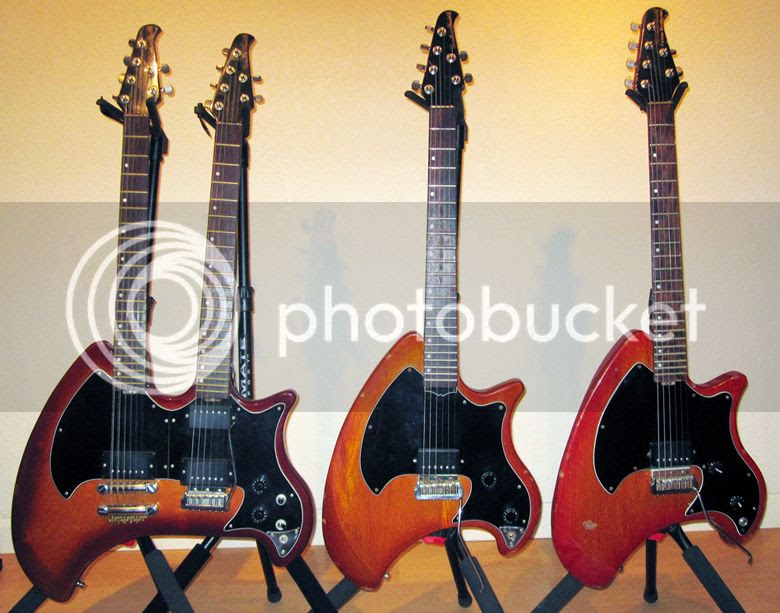 Nicky Garrett of legendary British punk band UK Subs is an Ovation Breadwinner/Deacon fan. He owns three original Ovation Breadwinners but rather than risk using those live on stage with the UK Subs, he's had these replicas built. In his own words:


I don't recall ever using a breadwinner or deacon with the Subs, but I liked the balance so much that I asked John at Gordon-Smith to build me two custom guitars for the road which I've toured with many times. These copies have the guts of the Gordon-Smith GS1 but the shape of the Breadwinner. The headstock shape was my idea, with a 4 - 2 machine head configuration. I also had him put tremolos on them to bridge a bit of gap between the 'Gibson' sound and a Strat.

Just for kicks, John also built me a Breadwinner twin neck 12/6 which, as far as I know, is the world's only twin neck breadwinner.

Read more here on the UK Subs Time and Matter website. Thanks to Guitarz reader James Davies for alerting me to this page.