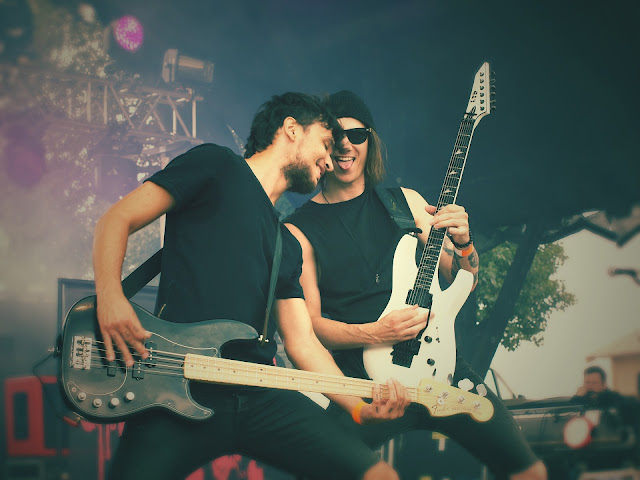 Learning to play by ear is a really important skill for guitarists. It furthers your understanding and knowledge of your instrument, prepares you a whole range of situations, and makes you a better, more rounded musician.
It isn’t necessarily an easy thing to do, however, it’s a skill you can actively cultivate and slowly but surely improve. If you practice the right things and get into good habits, your ear gets better and better.
Here are some top tips to make sure to set off - and continue - on the right kind of paths with this aural development. Good luck, and have fun!

There is so much that you can deduce just by asking yourself “What do I actually hear?” And thinking critically about your response.
A note played in the 2nd string doesn’t sound exactly the same as the very same pitch on the 4th string, for example, the tone produced is quite different. Is this a high note, or a low note? Played hard or soft? is it the only note being played or one of several? How is it being played? Is there vibrato? Is there a bend or slide or legato technique present? Is the note sustained, or played staccato? The difficult thing with this stuff is figuring out which specific note or chord is being played - is it an A or a B for example?
But these questions above should be fairly simple to answer, at least after a few attempts and some practice.
So the first lesson here is to keep it simple! Assess the background information, as so much useful info is readily available

It’s important to develop your ability to recognise whether a chord is major or minor, at first, then later whether it’s a major7, minor7 or ‘dominant’7. (Then much later, to more advanced chords too)
This is something that really helps you when figuring out chords in a progression by ear. Knowing whether a chord is major or minor is half the battle when doing this, and when combined with knowledge of what key the song is in, really narrows your options of what chords could possibly be in the chord pattern.
To get started with this, consider major chords as chords that sound upright, complete, happy, bright and resolved, and minor chords as ones that sound sadder, ‘lower’, still complete but more melancholic, melodic and less final.
Get together with a musician friend and take turns to test each other on this (and all the other elements of ear training) to make it a fun challenge.

This is about cultivating the ability to determine, by ear, the rhythm of a riff or the rhythmic strumming pattern of a chord progression.
This is often the final piece when learning a song by ear - you may have figured out the chord pattern but the strumming eludes you. This is a very common situation, especially with complex instrumentations, or music where the guitar isn’t mixed front and centre and is therefore harder to hear with absolute clarity.
Practice this with as many songs as you can, and it’s also a good idea to learn basic rhythm notation, if you don’t already know it.
This means that you can practice rhythm transcription - i.e. Hearing a rhythm, then notating it roughly and briefly. By doing this, you make it something you can immediately play without repeated listens to remind yourself of the vibe. Simply consult your transcription!

This is a great tip, because it contains multiple benefits simultaneously. Besides being fantastic ear training, it also trains soloing, technique, improvisation, and is fun too!
Put on a backing track or a song and attempt to play over it. Ideally one which doesn’t reveal thekey it is in, as figuring this out is part of the process.
There are many ways to figure out the key, from rudimentary trial and error, to complex thought processes, and you’ll probably develop one that mixes various methods over time, as most guitarists do.
A really nice one is to find a note that works (as in fits / sounds good over the backing) then spread out from there. - What is the next note on that same string that works? - Go one string either side - which notes work nearby?
And so you spread out from there and within a minute or so you have a full position of a scale that you can solo with.

As well as being a great way to work on your ear, this is also in essence one of the main applications of all of the above. This is about entering a real, lively, engaged, fun musical scenario, performing well and enjoying it, because you’re putting honed musicianship to good use.
Get together with friends who play and jam. Whether you have an originals band, or you play covers for fun, or you take turns soloing over each other playing rhythm parts, it doesn’t really matter. What matters is that jamming is a spontaneous and interactive process.
In the best jams, the musicians use their ears to ensure that they try to play things that fit with, respond to, or in some other interesting way relate to, what the other musicians are doing. This is a fantastic, fun way to put your musical ear to the test, apply your new knowledge, and keep growing on the path to becoming a better musician.
Alex Bruce writes for guitartricks.com which offers guitar lessons for beginners
Posted by Gavin Lloyd Wilson at 3:02 pm