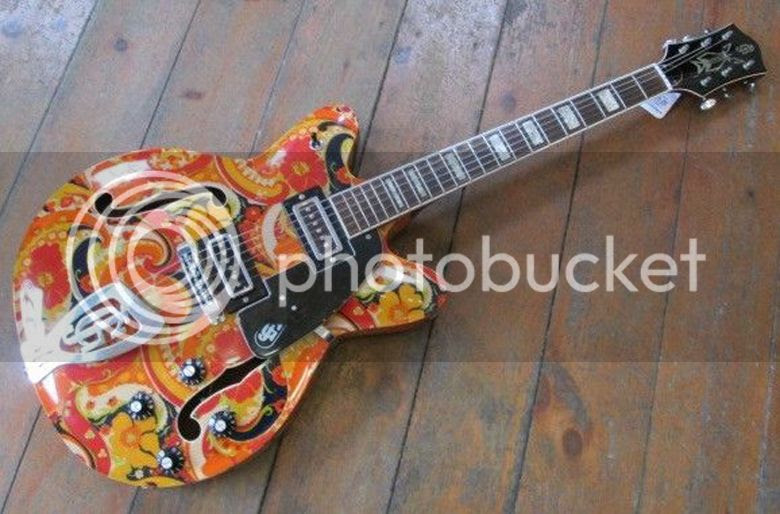 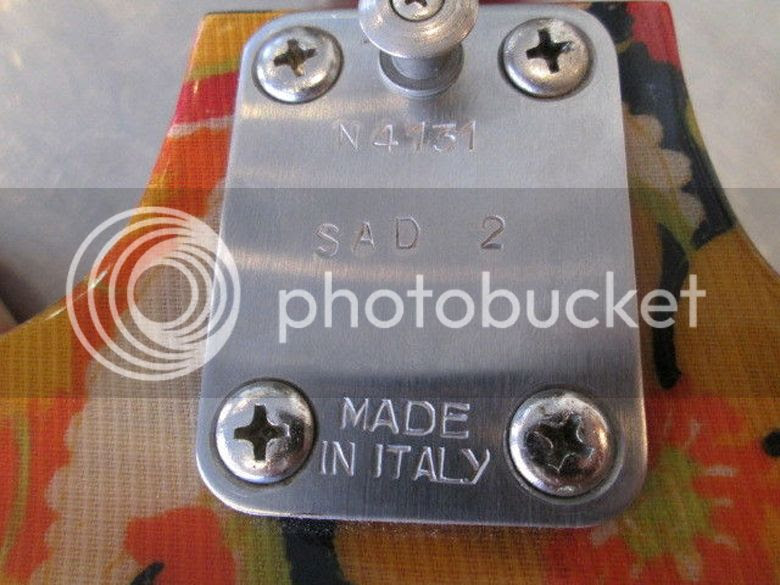 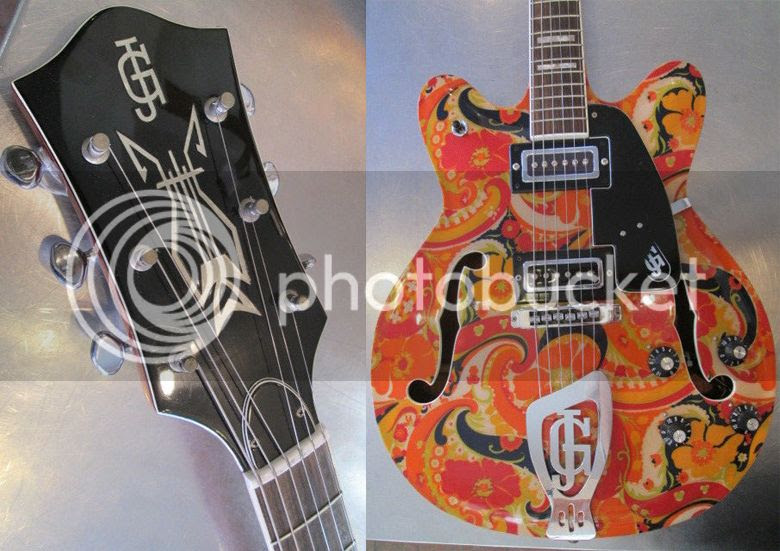 Here's another bizarre vintage guitar that Bertram spotted on eBay, this time located in Canada. I'll let the eBay seller tell you about it:


Made in Italy in the mid 1960s by Zero Sette Accordian. Julio Giulietti (JG) was the owner of the company at the time.

Hollowbody with awesome paisley fabric (not paper) finish under clear lacquer finish. Bolt-on neck with bound rosewood fretboard, two single-coil pickups. We sourced and installed a 1960s Goya replacement neck pickup to replace the modern one that was on it when we acquired it.

A super rare guitar! We believe they called it the 1092P model and have only seen one other one sold over the years and it was in Europe.

Many Euro accordion manufacturers were branching out into the exploding electric guitar market in the early 1960s and it was a period of creative, complicated and distinct (some might say ugly) hollow-body designs coming from companies such as Eko, Polverini, Galanti and Zero Sette. Some were rebadged and sold as part of the Goya catalogue, while others such as the JG models, were marketed under their own trade names.

When Kustom bought Goya in 1970 most production moved to Japan.

This guitar is the sister model to the Goya Rangemaster Paisley hollow-body that is played by Jimi Hendrix backstage in a black and white photo that has been circulating for years.

The body is amazingly resonant (especially since Grandma's couch is wrapped around it!) and it is in great condition. It plays very well... the staff love playing it. It is not just a collectible, show piece guitar – it is a player.

Please excuse me for borrowing so extensively from the eBay listing, but it tells a lot more about the guitar than I could.

Currently listed on eBay with a Buy It Now price of US$2,195 (and with free shipping offered to USA, Canada and Europe).

© 2014, Guitarz - The Original Guitar Blog - the blog that goes all the way to 11!
Please read our photo and content policy.
Posted by Gavin Lloyd Wilson at 11:04 pm