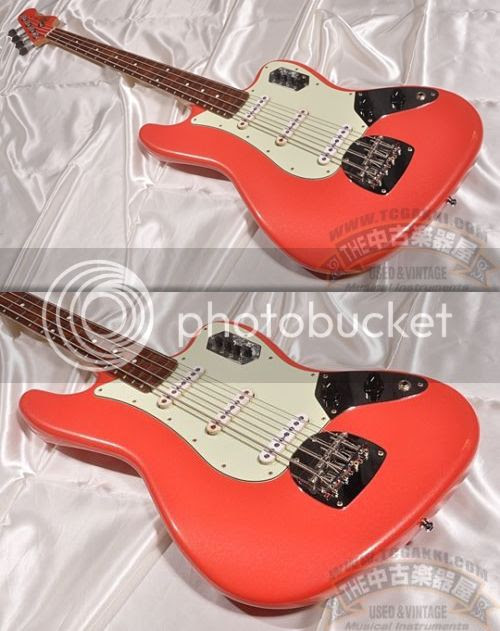 This is a weird one. It's a Japanese-made ESP Bass IV, obviously based on the now legendary Fender Bass VI six-string bass which originally went into production in 1961 and which was recently reissued in modified form as a part of Fender's Pawn Shop series and even more recently as a Squier Modified Vintage model.

However, this ESP version has one major difference from the Fender in that it DOESN'T HAVE SIX STRINGS. That's right, this is - rather confusingly - a four-string version of a six-string bass, hence it's a Bass IV rather than a Bass VI. I guess it's for those who like the Bass VI's stylings but would prefer a traditional four-string bass. (Actually, there are a couple of other differences too: it doesn't have a tremolo, and the bridge is set back further implying that this has a longer scale than the short-scale Bass VI).

To my eyes it looks rather odd, it's like have a bass Stratocaster; it looks good but slightly wrong at the same time.

This particular ESP Bass IV (I have to keep checking myself - it's so easy to automatically type that as "VI") is currently listed on eBay with a Buy it Now price of US$1,720. 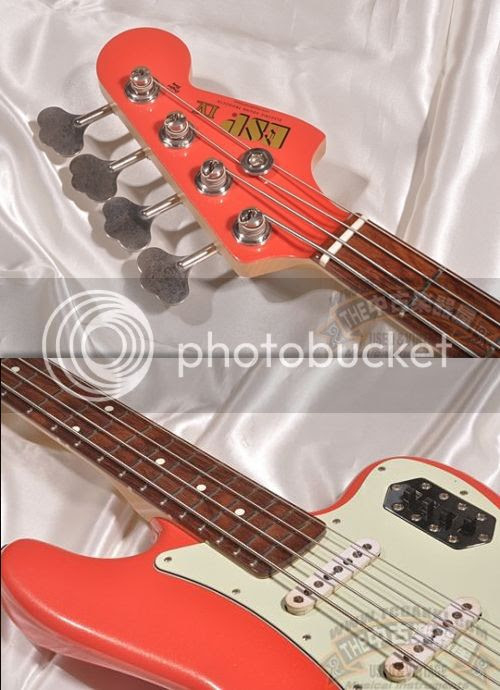 © 2014, Guitarz - The Original Guitar Blog - the blog that goes all the way to 11!
Please read our photo and content policy.
Posted by Gavin Lloyd Wilson at 9:53 pm