Believe it or not: 1980s Kramer Ripley stereo guitar

At first glance you'd be forgiven for asking "Are there enough controls on that single pickup guitar?" However, of course, the Kramer Ripley is not a single pickup guitar as such, rather it is equipped with a Bartolini hex pickup which essentially consists of individual pickups for each of the six strings. The guitar features a stereo output and individual panning controls allowing each string to be assigned its own position within the stereo spectrum. This particular example is one of only three made that includes an on-board "Hex" distortion allowing levels to be individually set for each string, and it is also the same guitar that appeared on tracks on Mick Jagger's Primitive Cool album from 1987. 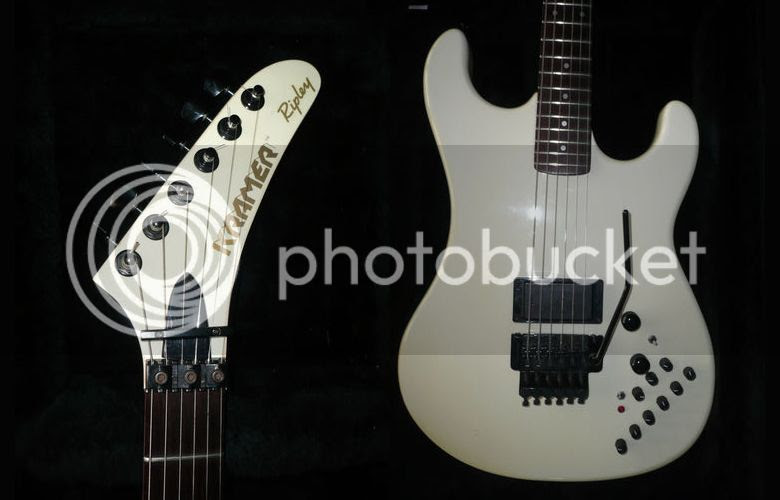 Eddie Van Halen is also known to have played a similar Kramer Ripley guitar, and its stereo effects can clearly be heard on the song "Top Jimmy" from Van Halen's 1984 album.

This particular guitar - which has been played by Dave Stewart (Eurythmics), Jeff Beck and Mick Jagger - is currently being offered for sale on eBay UK with a Buy It Now price of £1,800.