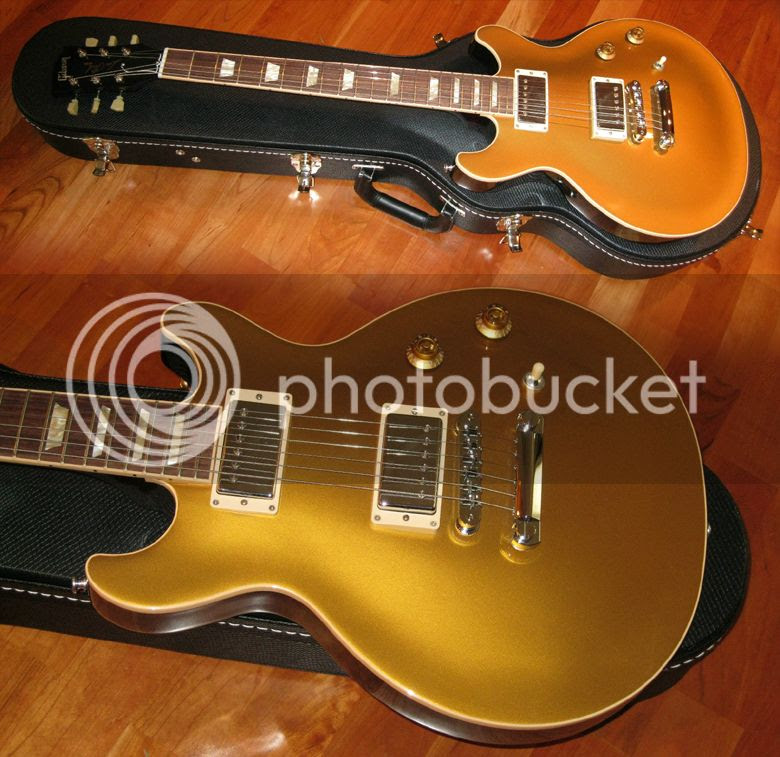 Perhaps we show a certain bias on this blog, as I know we don't feature Les Pauls as much as certain other well-known guitars. I readily confess that I am not a Les Paul fan. I know they can give you THAT tone, but - as I have argued before - is THAT tone always desireable? Isn't it better to find and develop your own sound rather than just stick with what's been tried and tested by others?

However, I guess my main quibble with the Les Paul is the design. I just don't like it. Don't shoot me, this is just my own opinion. I'm not overly fond of the singlecut shape, I really don't see the point in all the controls - separate volume and tone controls for each of the pickups is overkill in my book - and what really really bugs me about the Les Paul is that selector switch on the upper bout which not only gives the impression that the guitar has a nasty pimple but also gets in the way quite spectacularly (at least when I play this type of guitar) and causes me to hit it and change pickup selection when I don't want to do anything of the sort.

Of course, with the Gibson Les Paul doublecut none of these problems exist, and OK, I'll admit it, it IS a guitar I have coveted for a good few years now.

The pictured example, currently being auctioned on eBay, has a fantastic classy-looking bullion gold top - not many guitars can carry off a gold top - and has a starting bid of $1000.

© 2013, Guitarz - The Original Guitar Blog - the blog that goes all the way to 11!
Please read our photo and content policy.
Posted by Gavin Lloyd Wilson at 11:08 pm