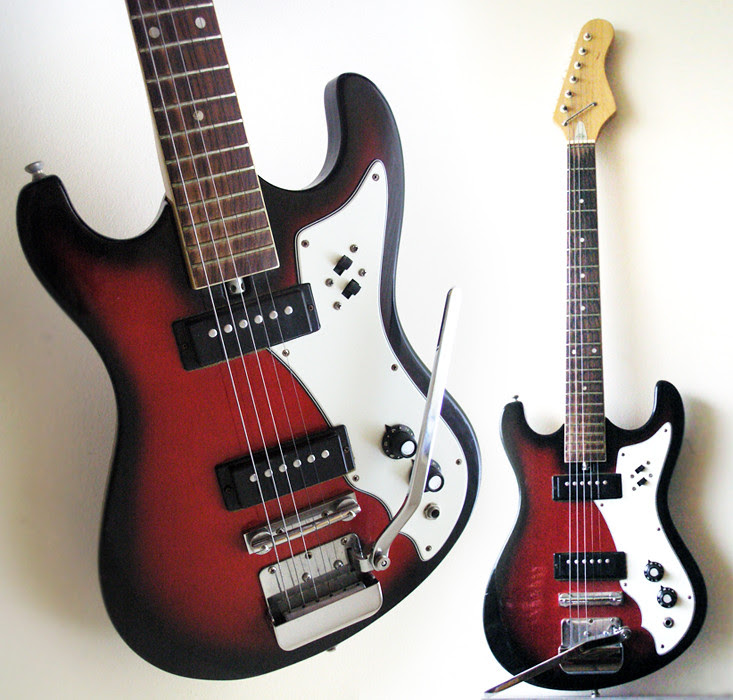 This Zenta looks like some 70s brandless Japanese plywood cheapos I recycled for bizarre projects - same bridge, same neck, same finish... The pickups look more serious though, but it's hard to tell if they are humbuckers, P90s or neither - and the trem looks a little bit more complex - maybe it even works!
The Mosrite-like shape is much cooler than anything I've seen before and makes it almost attractive and worth the price for which it's sold!
There's almost nothing about Zenta on the Internet - that is only questions and the suggestion that it's Korean rather than Japanese, and you'll find that they produced mostly bad telecaster copies... These guitars were branded by and sold in US and UK department stores and are found nowadays in many attics, and sometimes people try to sell them on eBay as expensive vintages rarities...
bertram

Guitarz - The Original Guitar Blog - now in its 9th year!
Posted by bertram at 3:57 pm