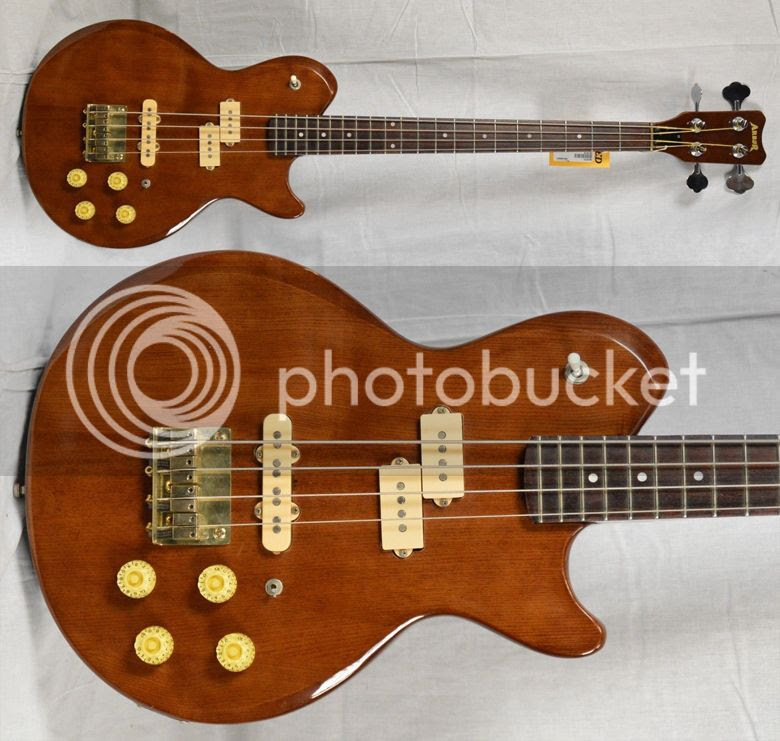 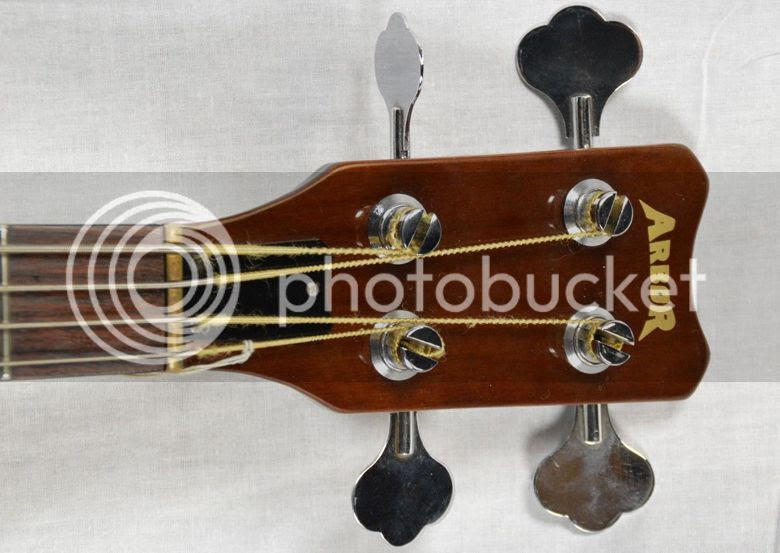 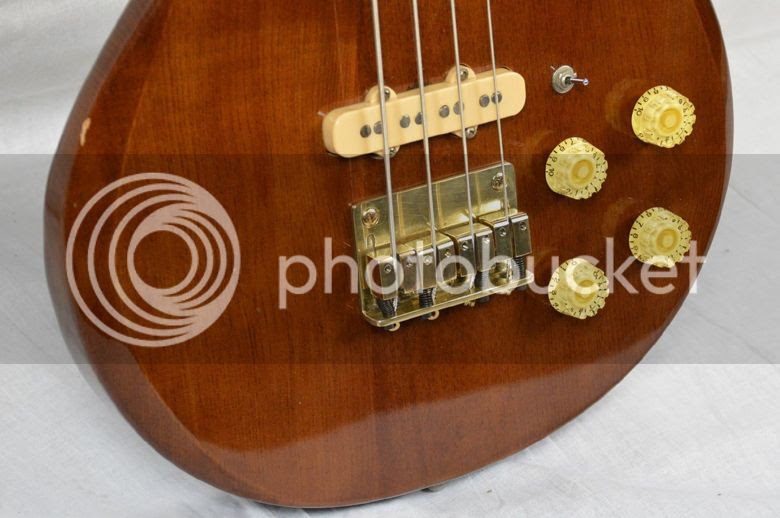 The Arbor brandname is one which I am familiar with, but I know virtually nothing about them. This Arbor bass currently listed on eBay looks to be a solid enough well-built instrument and looking at it I'd guess it was 1980s Japanese judging by the build style, the brass hardware (check out that chunky bridge), and the use of DiMarzio (or possibly DiMarzio designed or just clone) pickups.

I tried scratching around on the net for more information, but there is not a lot to be had. Ask Jeeves tells us that:


Arbor guitars came in both electric and acoustic and were first available on the market in 1983. An issue of the Vintage Guitar Price Guide says they are budget grade and that they carried bass guitars with a solid wood body. Arbor guitars were imported to the United States from China by Music Corp. (MTB), though no current information appears to be available online. Their company website was not working at the time of this writing.

... which doesn't completely ring true to me. I'd have said they were Japanese, maybe even Korean, in origin. I did find the following on a forum to support this hypothesis:


Arbor guitars were founded in 1984 in Osaka, Japan by an ex-Ibanez president and an ex-Yamaha manager. A factory was purchased in Hamamatsu, Japan where guitars were produced from 1984-1986. They were forced to sell the company in the 3rd year of production due to lawsuits that were immediately filed by both Fender and Gibson, jointly. Production was moved to Korea by the new owners.

I'm guessing that they also made guitars for Hohner, who marketed the Hohner Arbor series sometime in the late 1980s/90s.

The above-pictured Arbor bass is currently listed on eBay with a Buy It Now price of US $249.99.

© 2014, Guitarz - The Original Guitar Blog - the blog that goes all the way to 11!
Please read our photo and content policy.
Posted by Gavin Lloyd Wilson at 9:31 pm