Fender Telecaster Bass from the CBS era, circa 1972/73 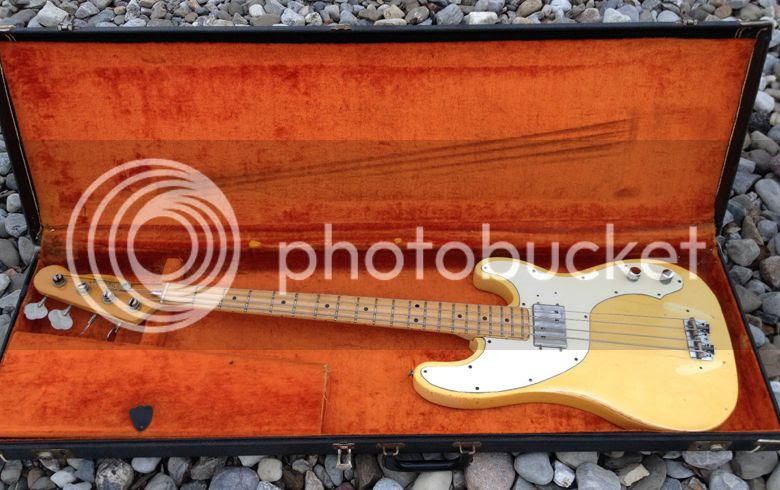 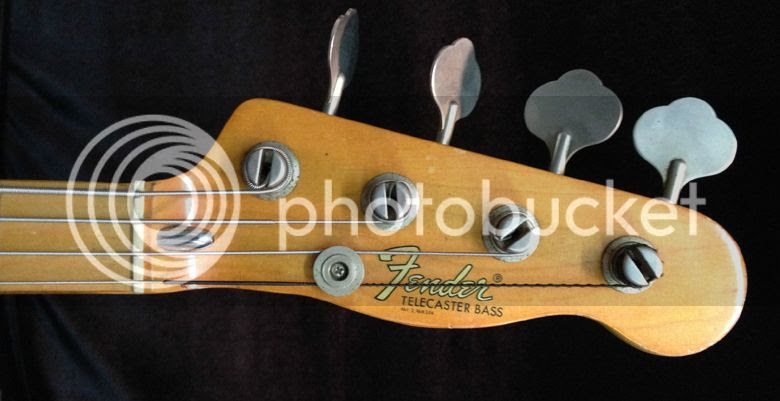 The Fender Telecaster Bass was a product of the CBS-owned Fender company of the 1970s. It was a quick and easy way of dreaming up a "new" model without having to try too hard. But it's a bit of a curiousity being based loosely on the original design for the Precision Bass (before it was given a Strat-inspired make-over). Unlike the original P-bass which was equipped with a single centrally-mounted singlecoil pickup, the Telecaster Bass has a huge Fender humbucker placed right up at the top of the neck, so tonally it must have been a departure for Fender having a more Gibson-like EB-0/EB-3 sound.

It's hard to imagine these days who it would appeal to other than those actively seeking dub reggae bass stylings. The slab-body is remarkably Tele-like (hence its name) and, yes, of course it an upper horn so that it balances nicely on a strap (unlike the recent Squier Vintage Modified Telecaster Bass which copy the Tele guitar shape far too literally).

I'm actually undecided whether I like it or not. I admit I'm not the greatest fan of Fender basses in the first place, but in a way have an almost grudging respect for an oddity like this that most bassists wouldn't look twice at. Bidding on this eBay item is currently at US $1,016 with the reserve still not met. Which seems very high for an instrument produced during the period within which quality control at Fender was known to be at an all time low. Even the seller admits that this particular Tele Bass has issues:


Bass output but its uneven. "G" is hotter than other strings [...]

Make of that what you will, but to me it doesn't sound deserving of whatever the auction reserve is.

© 2014, Guitarz - The Original Guitar Blog - the blog that goes all the way to 11!
Please read our photo and content policy.
Posted by Gavin Lloyd Wilson at 11:31 pm