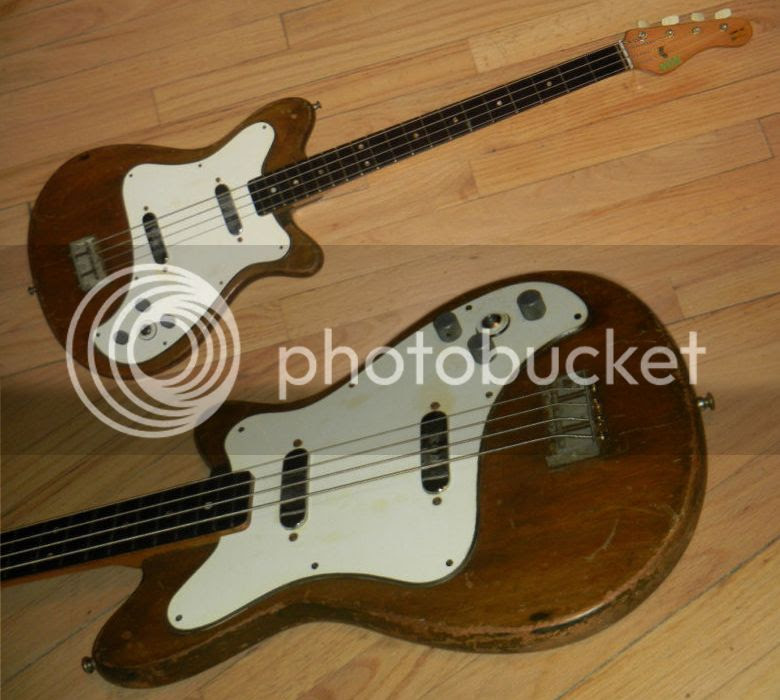 I think in the early days Vox must have been rather slapdash about the names they applied to their guitars, as I had previously thought that the above-pictured bass was the Vox Bassmaster and not the Vox Clubman Bass which is the name that appears on the headstock on this example currently for sale on eBay. To confuse things even more, the name Vox Bassmaster also appeared on a completely different design of bass.

These early Voxes, made in Dartford, Kent, in the UK, were essentially student model guitars with a very thin plywood body. It looks as if the original finish (most likely red) was removed from this example a long time ago. Note also the jack socket, which would have been added later. Early Voxes such as this had a TV-like co-axial socket, as did the Vox Clubman II guitar I used to own (before I upgraded it).

Despite their student status, these basses are known for their distinctive sound and playability. Personally, because of their cheap construction, I wouldn't have thought they were eminently gig-worthy but perhaps to get that certain sound in the studio they would be desireable.

Guitarz - The Original Guitar Blog - now in its 10th year!
Posted by Gavin Lloyd Wilson at 11:34 am