Could the Norwegians have been the first to mass produce a solidbody electric guitar? 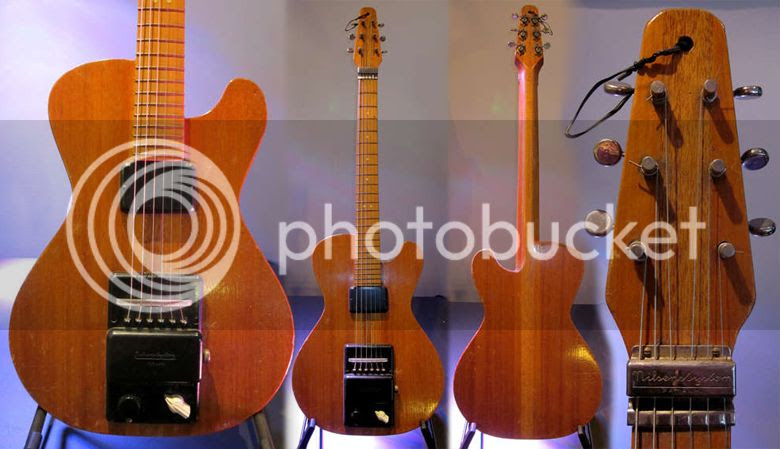 One topic you see cropping up time and time again is that hoary old chestnut, "Who created the first solidbody electric guitar?" The usual answers given are Les Paul or Leo Fender, although some will point out that there were earlier examples from Rickenbacker and Bigsby. In the end most have to concede that various people came up with similar ideas at around the same time.

However, most everyone would point to America as being the birthplace of the solidbody electric guitar. Who would have thought that, say Norway, could have been a contender?

But check out this auction for a "Nilsen Gitar". The text translates as:

Nils Robert Nilsson (born 10/11/1904) is without doubt one of the greatest pioneers in the development and manufacture of the electric guitar. The Nilsen guitar system was designed for Greåker at Fredrikstad. This guitar is from 1945-1950. It is one of ​​500 items made of this model.

Although it is a through-neck instrument, construction looks to be very simple. The body and neck is plank-like with electrics housed in an external box at the bridge. Check out the bar behind the nut under which the strings pass. I so wanted to call this the World's First Locking Nut, but I suspect it is just there to allow the strings to feed into the machine heads at the correct angle as the headstock is not angled but is instead flat (no doubt to simplify mass production).

For more see: www.rockemuseet.no/Nilsengitaren.htm (in Norwegian).

Thanks to our friend Christian Blandhoel for bringing this guitar to my attention.

Guitarz - The Original Guitar Blog - now in its 10th year!
Posted by Gavin Lloyd Wilson at 11:31 am