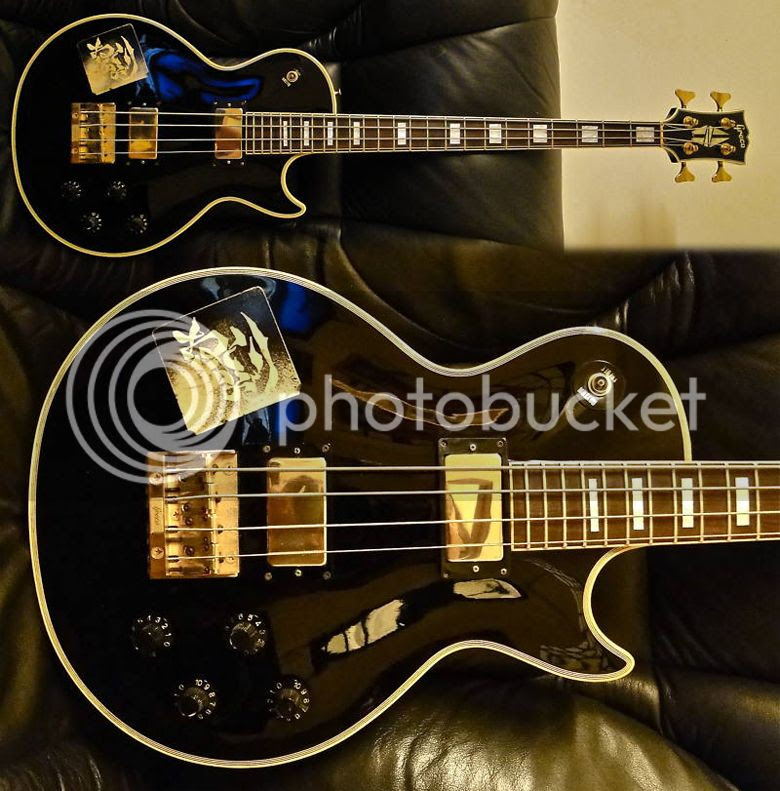 Back in August of last year we took a look at the Czech interpretation of a Les Paul bass with this Jolana Diamant.

Leave it to the Japanese to come up with the most convincingly Gibson-esque Les Paul style bass, the above-pictured Greco. Whilst Gibson have made several Les Paul basses over the years, I don't believe they have ever made one based on the Les Paul Custom, certainly nothing that looks as good as this.

Greco, along with Burny, are known for their quality Gibson replicas, with some guitarists even preferring them to the originals. It seems they also ventured into the realm of fantasy instruments, ones that Gibson could have built but didn't. The bass appears to be short-scale (judging by the bridge position) and has a set-neck as it would have done had Gibson built it. It is apparently a model built for the Japanese market only and few would have been seen outside of that country.

The only things that niggle me about it are that the top of the 24-fret fingerboard probably isn't accessible anyway, so why bother with 24 frets, and it also seems odd to have the same legend on the pickup selector disc as the guitar models, i.e. Rhythm / Treble. How about Bass / Bassier? (Or is that getting into the realm of Girl Brand guitars?)

Oh, and shame about the stickers.