While this may look like a pretty ordinary Fender Telecaster, albeit quite a nice vintage example with a naturally aged faded blonde finish, I'm sure by now you'll know that certain vintage Fender guitars can command some quite staggering prices. Indeed, all is not as it first seems, for if you remove the pickguard on this Tele, it's revealed to be a rare example of a "Smuggler's" Tele, so named because of the cavities in the body below the pickguard, in which - I'm sure you could imagine - it would conceivably be possible to hide contraband. These cavities were intended to reduce weight in the guitar body; personally I've never found Teles particularly heavy and maybe the consensus of opinion was that the production of a slightly lighter than usual Telecaster didn't really warrant the extra machining on the body and so these "Smuggler's" were only produced briefly in 1967. 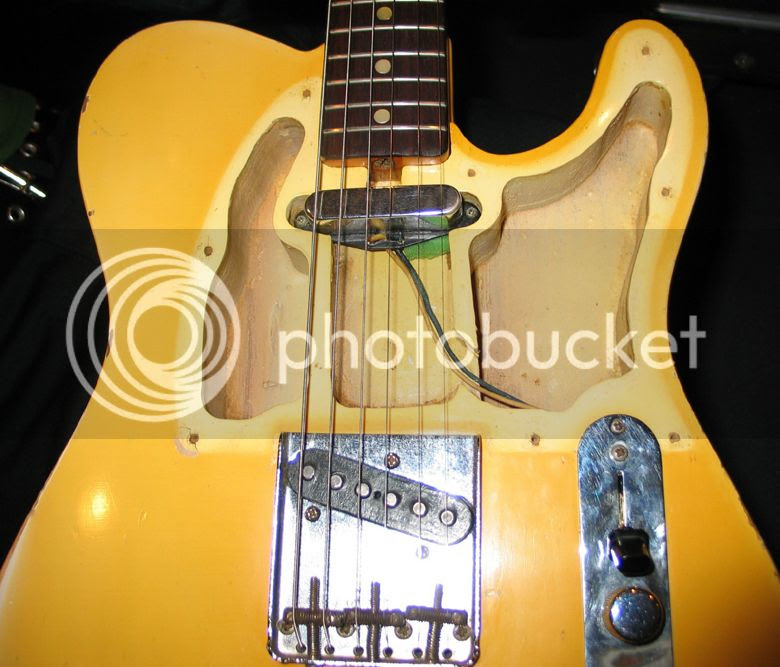 Currently listed on eBay, this guitar has a starting price of $9,995.