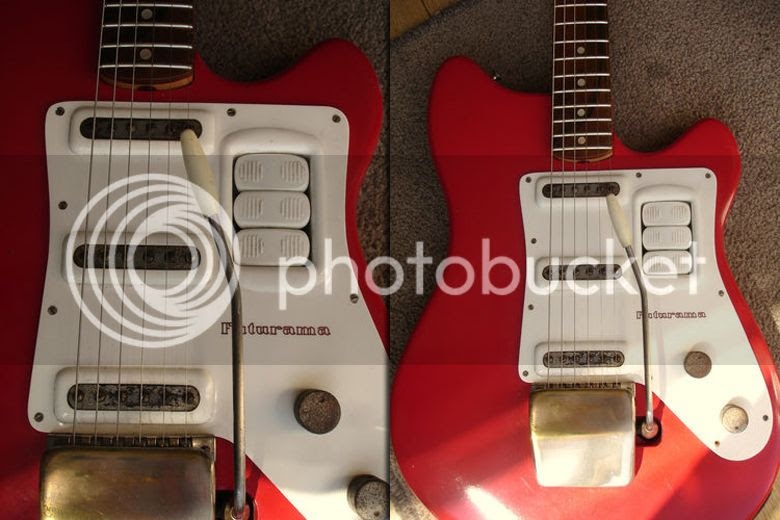 Before the Stratocaster hit the shores of the United Kingdom, there was another three pickup solidbody guitar with a tremolo arm that was popular with British guitarists of late 1950s/early 1960s. This was the Futurama 3 which was indeed very futuristic for its time (even if by today's standards it does look quite bizarre and rather "chunky"). Fast forward just over a decade into the 1970s, and a whole other generation of budding guitarists who couldn't afford Fenders, Gibsons or even their cheaper Japanese knock-offs, started out playing Futurama guitars, I guess as hand-me-downs from their fathers, uncles or older brothers, or else as cheap 2nd-hand shop finds.

Futurama guitars were imported into the UK by Selmer as an alternative to German-made Hofner guitars. Early examples were manufactured in Czechoslovakia under the trade name of Resonet by the huge Drevokov Co-operative, which was also known for furniture manufacture. The proper name for this guitar model is "Grazioso" - they were re-branded as Futurama for the UK market. The guitar had been designed by Resonet's Mr Ruzicka (who must have caught a glimpse of a Stratocaster at some point) and had been in production since 1955 before Selmer started importing them into the UK in 1958. 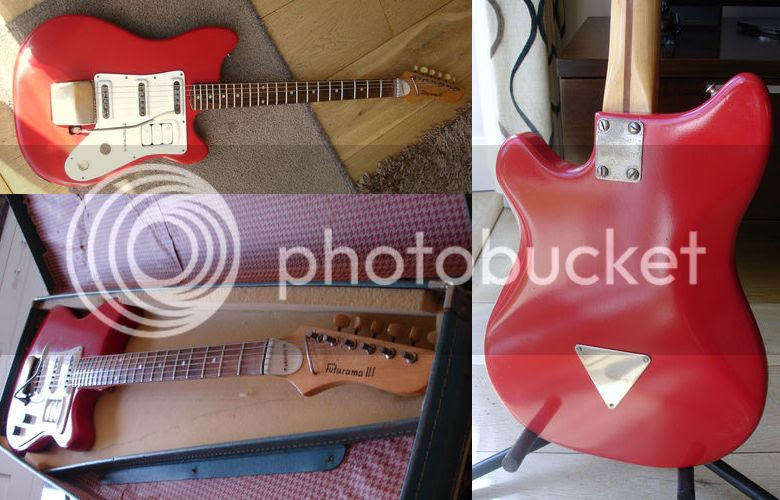 From 1959 production switched to a company called C.S.H.N. (which simply means Czechoslovakian Music Instruments) and produced these guitars under the brandname "Neoton", later to be re-named "Jolana" (which apparently was the name of Mr Ruzicka's daughter - no coincidence, surely?). The headstock design also changed from 3 tuners on each side to 6 in a line.

The Futurama 3 pictured here is one of the later Jolana-made examples, probably from 1962-63. It is currently being offered for sale on eBay UK with a starting price of £450.