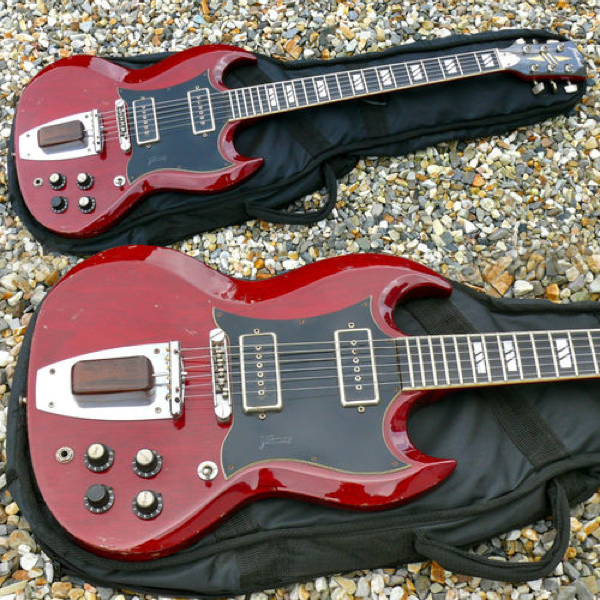 While in Soviet-era East-Germany, guitar companies were developing new instruments for a new society, based on the lutherie tradition of Markneukirchen, with radically new designs and solid technology, capitalist West-Germany was busy copying successful American models, such as this Framus version of a Gibson SG.

Still this guitar has a bit of German experimental spirit with this strange wooden block on its Jaguar-esque tremolo, though I have no idea of its use, having never seen such thing before... Anybody amongst our readers could explain this? 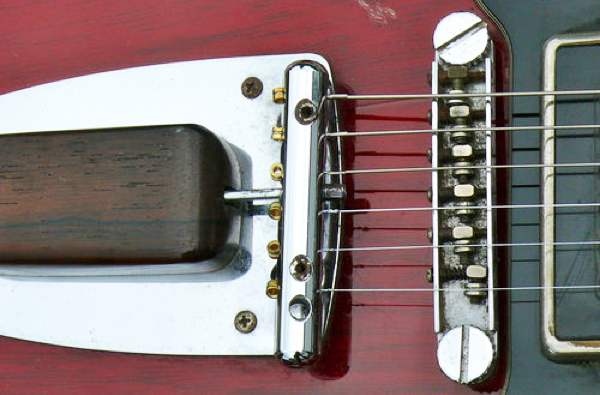