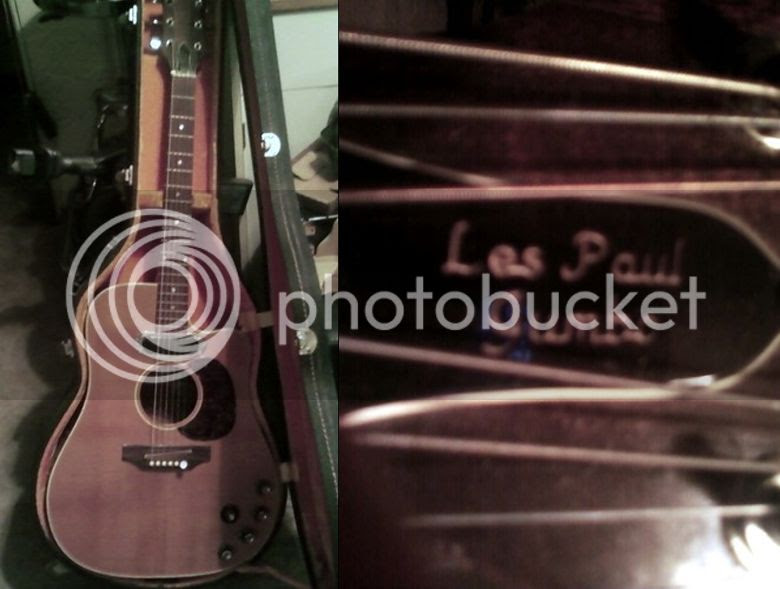 I've only ever seen photos of the almost mythical Gibson Les Paul Jumbo reproduced in black and white in guitar books. And I've always been rather puzzled by the model's existence in the first place. Surely, the whole point of the Gibson Les Paul was that it was a solidbody electric, but here we have an acoustic version! What's that all about?

It seems it was all a marketing ploy by Gibson; in 1969 they thought putting Les Paul's name on an acoustic, albeit an electric-acoustic, would draw in the punters. In reality the guitar was a failure and reportedly only 49 were sold.

The Jumbo has a single low-impedence pickup, similar to those used on the Les Paul Recording and Personal models. In place of the usual Rhythm/Treble legend around the toggle switch, you'll notice that here it is instead labelled "In / Out". Of course with just a single pickup, the toggle isn't a pickup selector switch but instead allows the player to bypass the tone controls - in much the same manner as the switching on the single pickup Fender Esquire.

The Jumbo pictured here is currently listed on eBay with a Buy It Now price of £5,000.