What's that guitar? Unknown "phases of the moon" semi-hollowbody

Just ran across your website and thought I'd see if you and your team had any idea what this guitar is.

First, the background.  I'm not a guitar player nor musician.  30+ years ago I used to be a roadie and had my own sound system for a while so I'm not a total moron on the subject.  But the reason I'm contacting you is that my girlfriend's brother died two weeks ago and left five guitars to the family.  Since no one in the family plays, they've asked me to dispose of them.  Three were fairly easily identified while two are problematic.  The one I'm asking about now is the most interesting.

One local (Madison, WI, USA) guitar shop owner with 30+ years experience with acoustic guitars was unable to identify it.  Other people around the world are also flummoxed which is my reason for contacting you.

This is what we do know about the guitar.  The tuning heads appear to have been made prior to the fall of the USSR as they are imprinted with "Made in W Germany".  The pickup covers have "USA DiMarzio" on them (or DiMarzio USA).  The numbers on the back of the pickups are "59N-M and JB-D".  No other identifying marks have been found.  And finally, the workmanship seems to be pretty good.

Speculation about the guitar is fairly narrow but includes:

One person believes this is an older guitar because of the natural degeneration of the patina on the guitars brass (putting this guitar's origination somewhere in the 50s or 60s).

Most everyone thinks its Japanese because of the logo but, to everyone's knowledge so far, that logo has only appeared on the Kawai MoonSault.  I've personally looked at photos of hundreds of Kawai guitars and this is the only one with the moon and stars logo and the progression of the moon on the neck (other than the MoonSault).

Most people seem to think that this may be a one off guitar made either by an amateur (who sold it to Kawai or had it stolen by Kawai) or maybe Kawai which never made it to production for one reason or another.

Any consideration would be appreciated. And please let me know if you have any questions or comments. 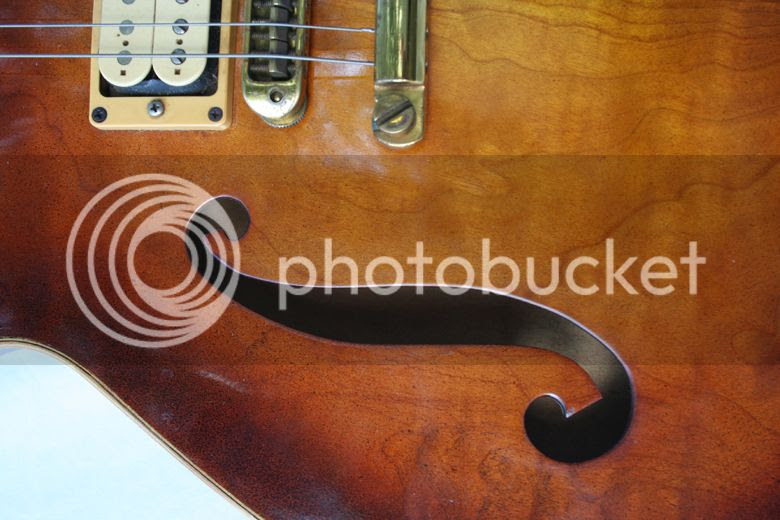 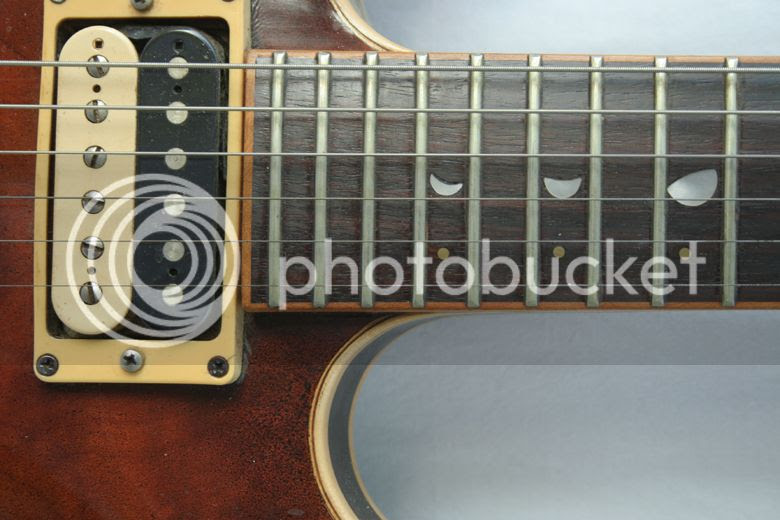 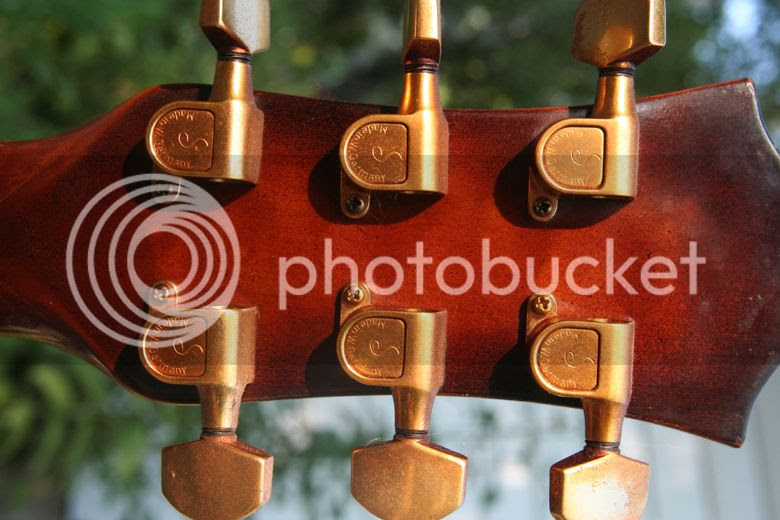 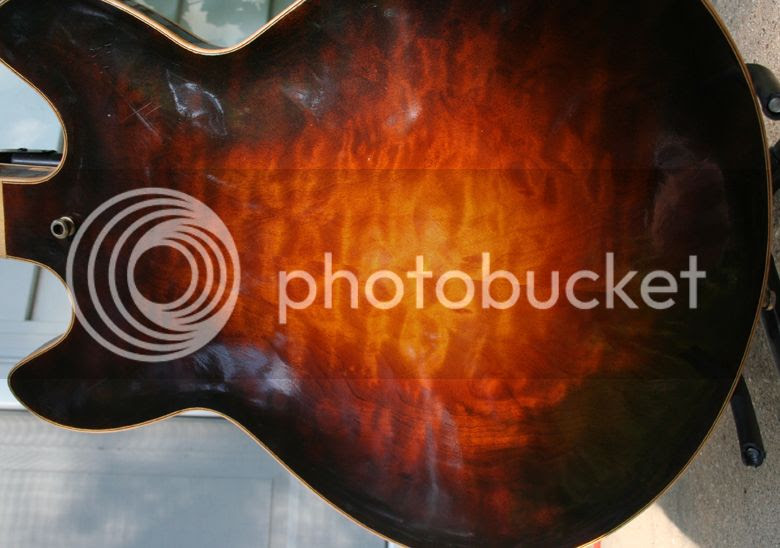 OK, I have to confess that I am unable to conclusively identify this guitar. I thought - briefly - because of the crescent moon headstock inlay that it might be one of Jimmy Moon's earlier efforts; however the crescent moon on his guitars is quite a different shape, and the name "Moon" is missing from the headstock, so I think we can rule out Moon Guitars.

Maybe it IS a Kawai. It might have been a "non export" model, not intended to be sold outside of Japan (inevitably one or two models escape to the outside world), or perhaps it's a prototype.

The "Made in W Germany" machine heads are probably Schallers; I doubt the whole guitar is German made. Besides, the presence of USA-made DiMarzio pickups would suggest otherwise. These were favourites amongst Japanese manufacturers, which again points us in the direction of Kawai.

As to the guitar dating back to the 50s or 60s, I'd say that the 50s dating was very optimistic thinking indeed. If the pickups are original to the guitar, that would date it firmly in the 1970s, because the first DiMarzio pickups did not appear until 1972.

Do any of our readers have any other theories to offer concerning the identity of this guitar? Answers in the comments, please! Thanks!