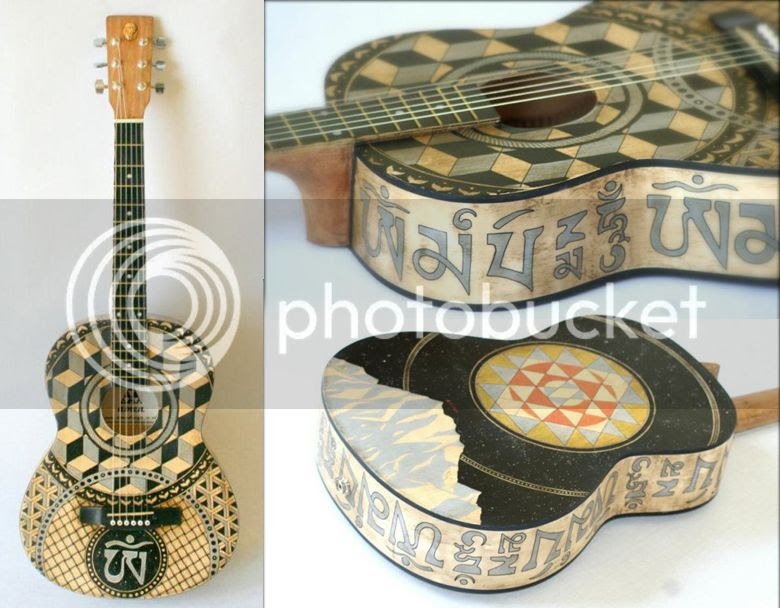 This uniquely decorated acoustic guitar was played at the world's highest gig, 6500 metres in the Himalaya on 16 May 2012. 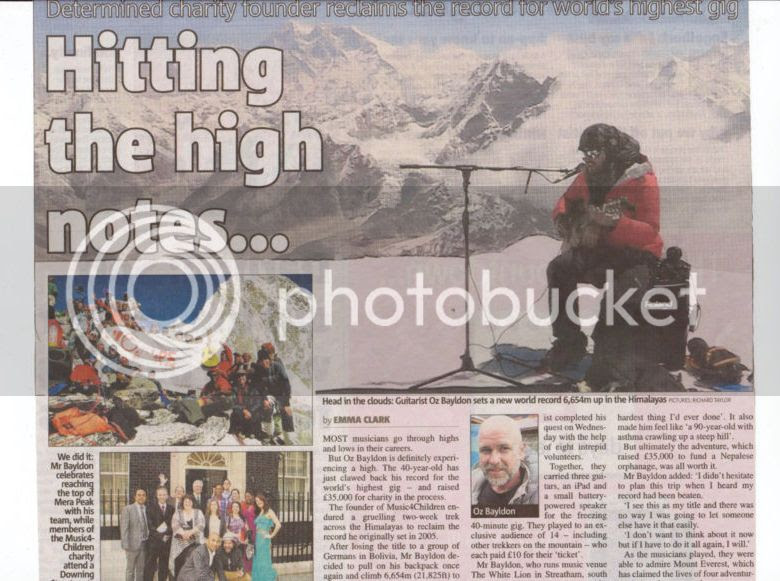 From the eBay listing:

"A 3/4 size acoustic inspired by the Nepalese mountains and Buddhist culture that it will hopefully see as it takes part in a world record attempt to play the highest gig in the world on Mt. Mera (6476m) in Nepal this year. The sides have the mantra 'Aum Mani Padme Hum' detailed on them five times and the back of the guitar features a Mandala inspired icon over a representation of Mt. Mera itself... The Guitar has been given a vintaged, 'relic' effect and feels like an artefact from a mountain monastery. Signature dulled gloss finish with a transducer pick-up fitted."

This guitar is currently being auctioned on eBay with a starting bid of £700.

The lowest gig, by the way, was played 20 November 2007 by The Queens of the Stone age over 2300 feet underground in a disused salt mine. I'm not quite sure how this differs from the world record for the deepest gig, which is held by Katie Melua who with her band played a 35 minute set 303 metres below sea level on the Statoil Troll A gas rig in the North Sea on 2 October 2006.