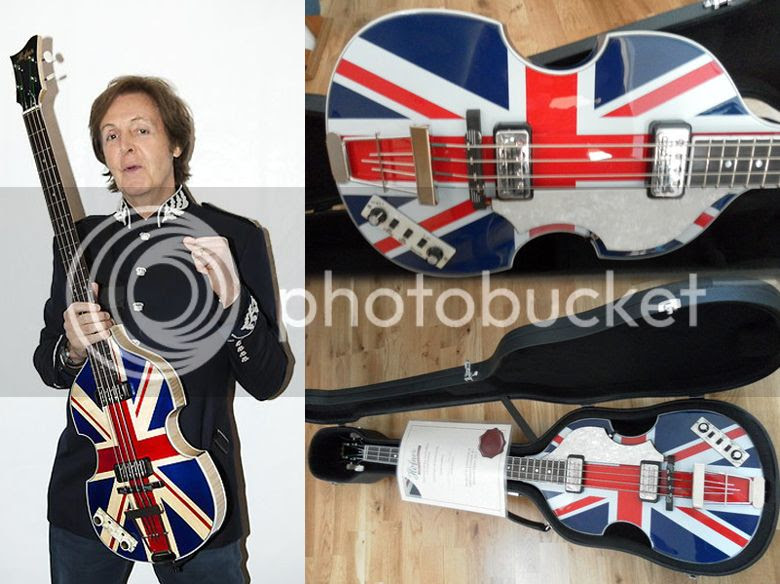 I remember watching Paul McCartney playing his new patriotic Hofner violin bass at the Queen's Diamond Jubilee concert last month, and thinking to myself that this would be the next Hofner limited edition.

Sure enough, Hofner have now issued this Union Flag emblazoned bass as a limited edition of 60 units: that's one for every year of the Queen Elizabeth II's reign. Note that the limited edition is not exactly the same as McCartney's model. The red diagonal stripes of the flag are now more accurately proportioned, whilst the back and sides of the bass are finished in blue whereas McCartney's was natural maple. His doesn't have a pickguard either. I would hazard a guess that McCartney's bass is the only left-handed example too.

This bass is currently listed on eBay with a Buy It Now price of £1,995 - note also that this eBay seller will ship to the United States where the bass has not been made available via the usual sources.

I'm glad to see that Hofner were able to get the flag the right way around, unlike Gibson.