The strange story of the Vietnam Serviceman Stratocaster 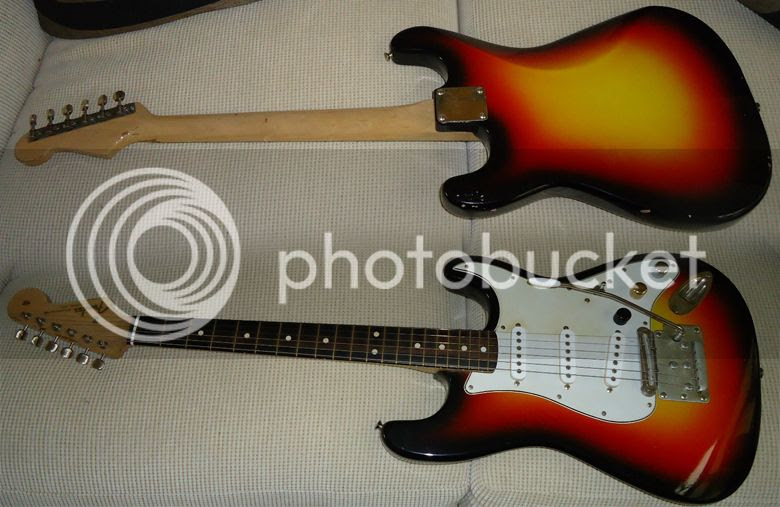 Hmmmm... There's something a little fishy about this Stratocaster listed on eBay recently. Note how it has a trem but the lack of a spring cavity on the rear makes it look like a hardtail from the behind. 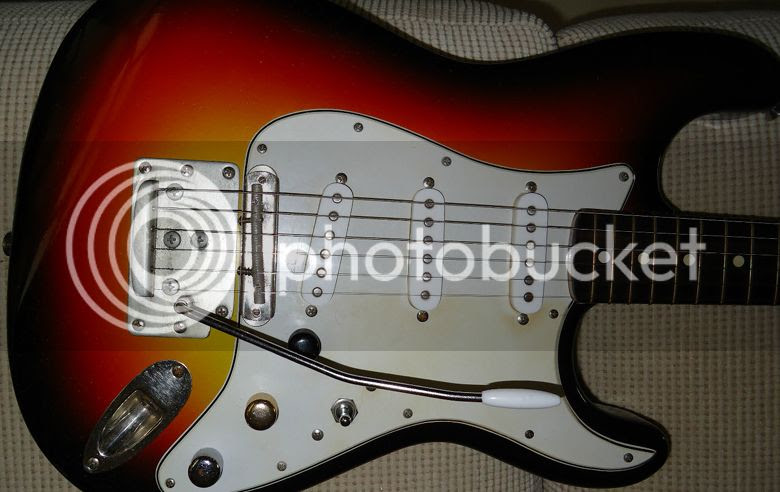 That trem looks to be a very crude version of the Jazzmaster-style tremolo. And speaking of "crude", just look at that bridge! 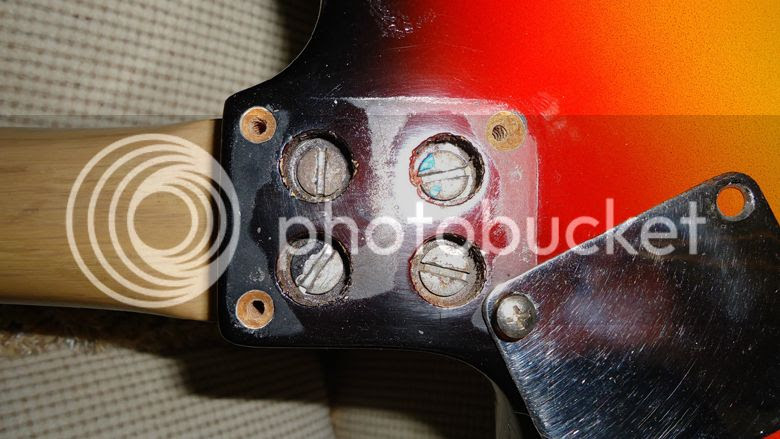 The neck bolts are actually beneath the neck plate which is held in place by screws where you'd expect the bolts themselves to be. 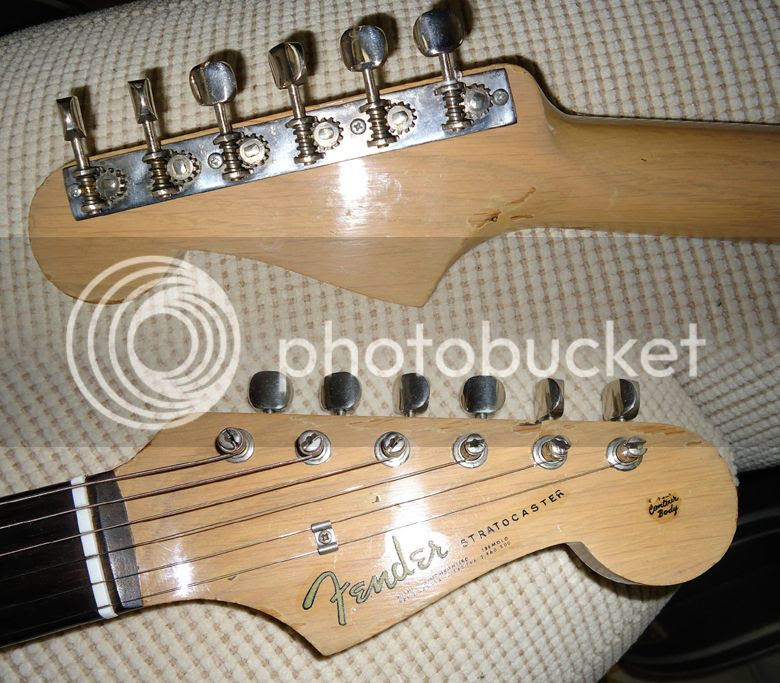 The Fender headstock looks a little wonky in shape and - appropriately - has wonky decals applied.

Apparently it's a Philippine-made forgery, as sold to Vietnam servicemen in the late 1960s/early 1970s. Jazzmaster and Jaguar forgeries were more commonplace as these were the top of the line Fenders of the day, and this Strat version is supposedly much more unusual. It could also explain why the choice of tremolo used too. The seller tells us that the middle pickup is a dummy stuffed with paper, and that the pickup selector switch was originally only two-way but has since been replaced by a three-way.

For more information on these Philippine-made forgeries, check this website.

Recently listed on eBay but unsold with a starting price of $399.

© 2013, Guitarz - The Original Guitar Blog - the blog that goes all the way to 11!
Please read our photo and content policy.
Posted by Gavin Lloyd Wilson at 10:35 pm