A few years ago we here at Guitarz were accused of only ever showing hideous or amusing guitars on the blog rather than beautiful or desireable guitars. I do believe that we have reversed that situation in the intervening years, but I am still drawn to the occasional abomination that I would like to share, such as the Double Dragon guitar pictured here which is currently being offered for sale on eBay with a starting price of $275. 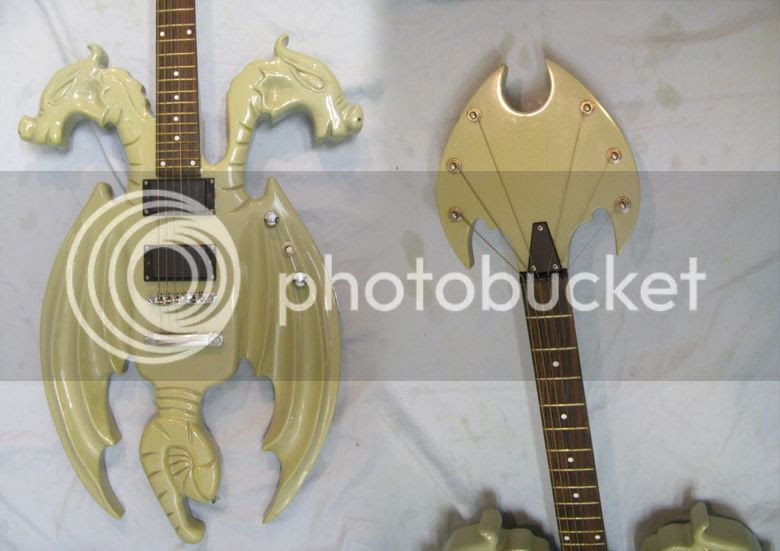 I suspect it may be from the same Far Eastern maker that produced the Squashed Frog (supposedly another "double dragon") and whatever this is supposed to be. My guess is that these guitars are inspired by some of ESP's wilder Japanese guitar designs (you know, the ones featuring angels with intricately feathered wings), but I doubt these are of similar quality. What is similar is the totally impractical design, and what must surely be the worst headstock design I've seen since the Kramer Triax. Did they not know that a straight string pull is desireable?