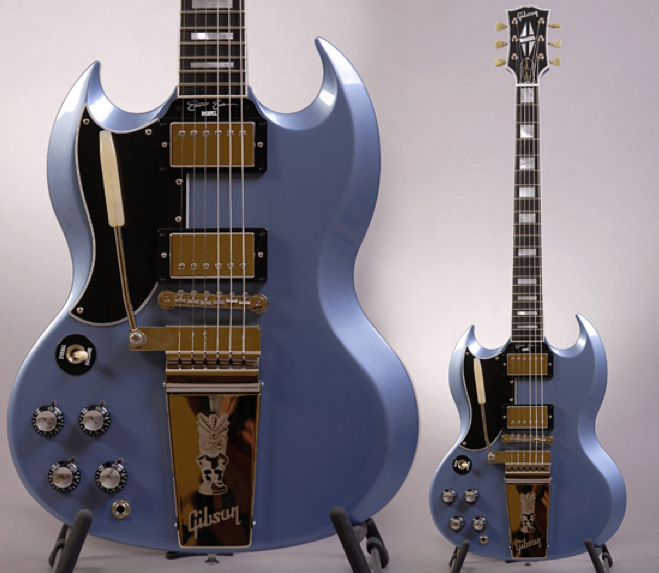 Elliot Easton plays lead guitars in The Cars and happens to be left-handed, that gives me the opportunity to present a lefty guitar - something we can never do enough. So here is his signature Gibson SG about which I have nothing special to say - I can just point at the Maestro tremolo and its long engraved tail piece.

I was wondering why the typically Gibson pale blue finish - their response to Fender's 'Lake Placid Blue' - is called 'Pelham Blue' and I found out that it's based on a Cadillac finish from the 1960s - but now I don't know why Cadillac called their blue 'Pelham'...