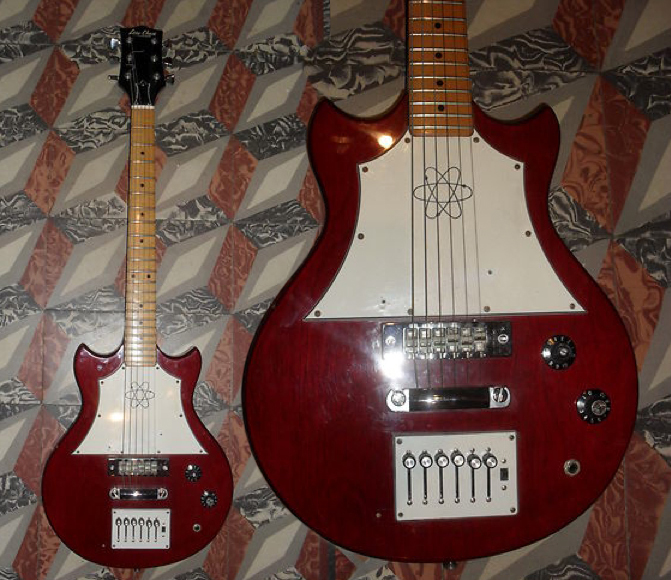 I found only two entries about Lew Chase guitars on Google and they are divergent - one states that Lew Chase was a luthier who worked for Peavey and Azumi in the 1970s, the other that it's a UK importer that rebranded Azumi guitars before designing its own models.

Both could be true, but this guitar is far too special for a mere rebranding so there must be a failed visionary behind it. This late 1970s Lew Chase has  piezoelectric pickups - one for each strings, and each having its own sliding volume behind the bridge, in addition to the general volume knob.

Its design is similar to the Azumi Nanyo we saw a few months ago - Azumi is slightly less obscure that Lew Chase - and the guitar is made in Japan. Anybody with extra information is welcome of course!