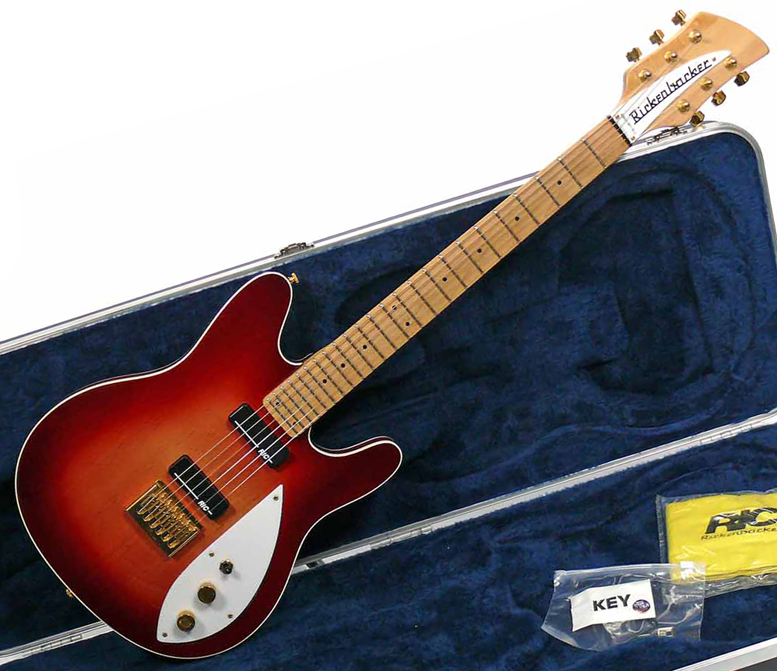 I usually avoid to label a guitar as being rare, since it is usually just a cliché intending to add value to a banal instrument - and often it is its only virtue. In the case of this Rickenbacker 260 El Dorado, it might well be true, and it's just a detail because it's above all a Ricky and you can't be disappointed... But you won't find this guitar on rickenbacker.com, it's a short-lived model from the early 1990s and there are not many traces of it left on the Internet, just a few positive reviews here and there...

At first sight, though its quite discreet design, the El Dorado looks bizarre: it has a typical Rickenbacker feel but looks like no other of their more famous models, more like a double cutaway version of a telecaster, if I may say so (another Fender-esque trait is its bolted neck). Its pickups looks like nothing else - they are actually mini humbuckers, very Ricky as are the headstock, the pickguard (more a control plate) and the binding. This one has a fireglo (red burst) finish and golden gear.

The 260 El Dorado doesn't have the presence of a 620 or a 330 but it has the lines of a classic. I'd be curious to know what made people at Rickenbacker release it then cancel it so quick - I'm not against experimentation, on the contrary, but creating a new model is quite a lot of work and investment, it feels like a bad business move...