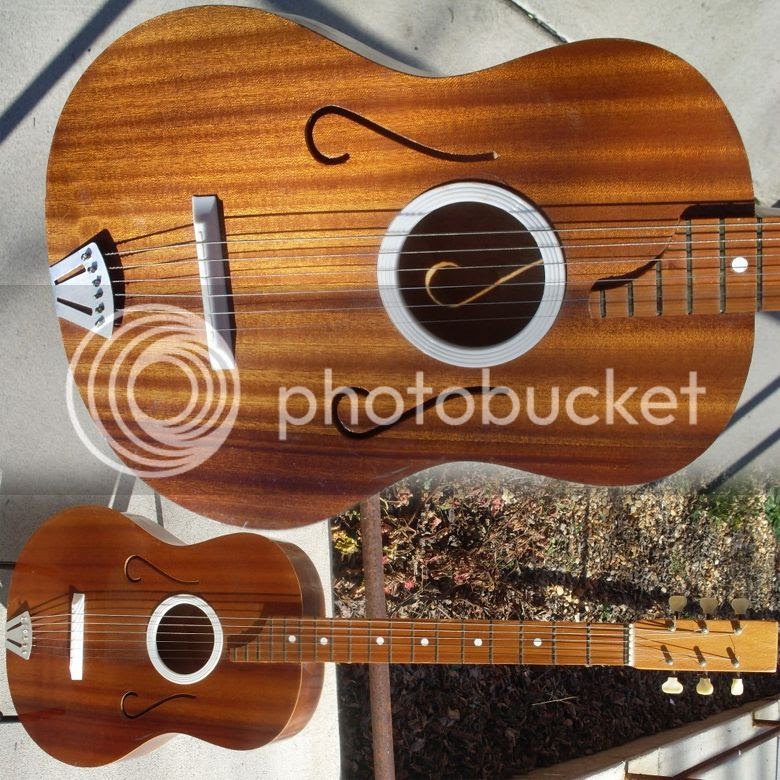 The eBay seller of this guitar has listed it under the title Vintage Italian Acoustic Guitar Rare and Cool Spaghetti Western Guitar, which must surely be rather wishful thinking. I can't imagine this guitar being much use on an Ennio Morricone soundtrack. It's obviously one of the cheaper guitars churned out of Italy during the 1960s Beat Boom when the musical instrument makers of Europe couldn't produce guitars fast enough to satisfy demand. However, it is not without its charms and has a certain innocence to it. Witness the plastic bridge and sound hole rosette, and the assymetrically mounted tuners. The two additional soundholes couldn't accurately be described as being f-holes, and serve to make the guitar all the more curious.

Currently listed on eBay with a possibly optimistic starting bid of $240.