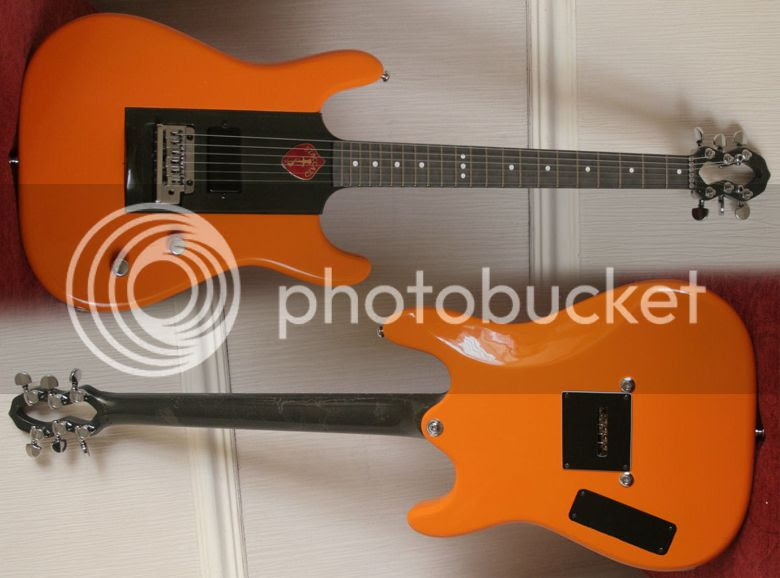 We've previously looked at a Staccato bass here on Guitarz and today we're taking a peek at this Staccato guitar, one of the lesser known 6-stringers that they made, which - compared with the bass - is a much more conservative almost Strat-like design too. It's one of just (approximately) 200 such instruments built between 1985 and 1987 by Pat Townshend in partnership with Chris Jagger (yes, the brother of a certain other Mr Jagger).

As well as the unusual choice of materials used (magnesium alloy for the so-called interchangeable neck - which actually encompassed the centre body section too - and fibreglass for the body), the main innovation behind the Staccato was the ability to swap and change necks. I can't see that in a performance this would be any more convenient than swapping a whole guitar, but there you go, at least this company was trying something different.

This Staccato guitar is currently listed on eBay UK with a starting price of £599.