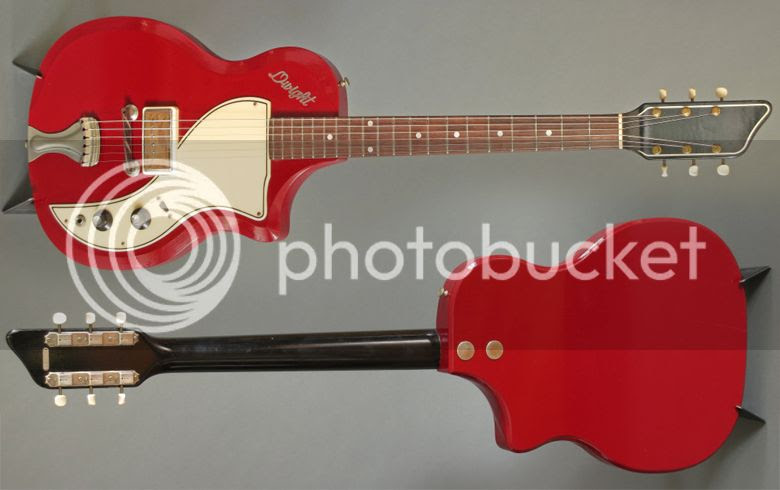 Valco was a manufacturer of guitars and amplifiers from the 1940s through to 1968. Originally formed in 1930 by the former owners of the National Dobro Company, the name "Valco" comes from the initials of given names of the three business partners - Victor Smith, Al Frost, and Louis Dopyera - plus Co. for company. Valco guitars were sold under various brandnames depending on which retailer they were being sold through, and these names most famously include Supro, National, and Airline.

A lesser-known brandname was Dwight, with a small quantity of guitars being built for Sonny Shields Music stores - owned by a certain Mr. Charles "Dwight" Shield, hence the brandname. Apparently only 18 such examples exist as manufactured by Valco, although Epiphone were also known to have produced a limited number of guitars with the Dwight brandname.

The above pictured Valco/Dwight guitar circa 1960 is currently listed on eBay; it is in fantastic condition for a vintage guitar of its age, which no doubt is reflected in the Buy It Now price of $2,499.