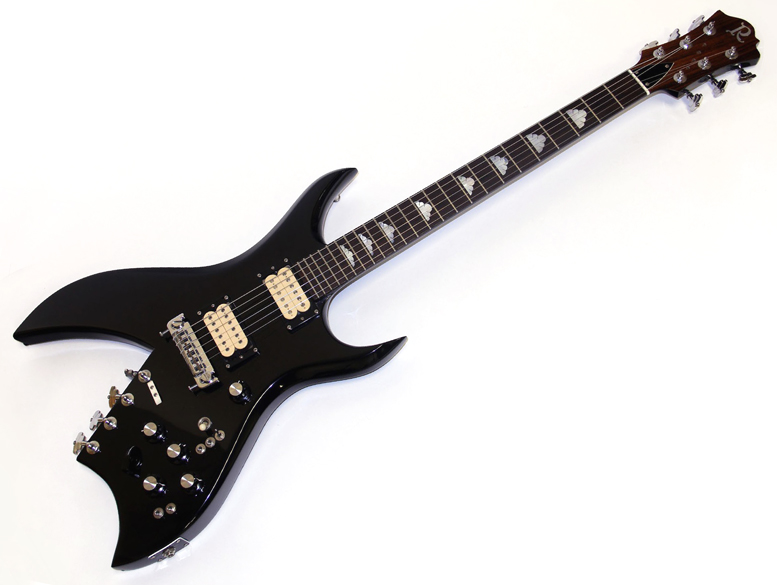 One of my favorite guitars ever is the 10-string Bich by BC Rich, with double four higher strings for rich harmonic sound and single lower ones for heavy riffs... Designed by Neal Moser in 1977, it's part of the early BC Rich models that were so cool and so good at proposing alternative designs after the 1960s creative boom waned and had left rock musicians with 4 or 5 dominant guitar designs... Moser also created its electronics - there are plenty of knobs and switches as you can see, to split, boost and phase the humbuckers, plus a varitone à la Gibson, for a wide range of sounds. 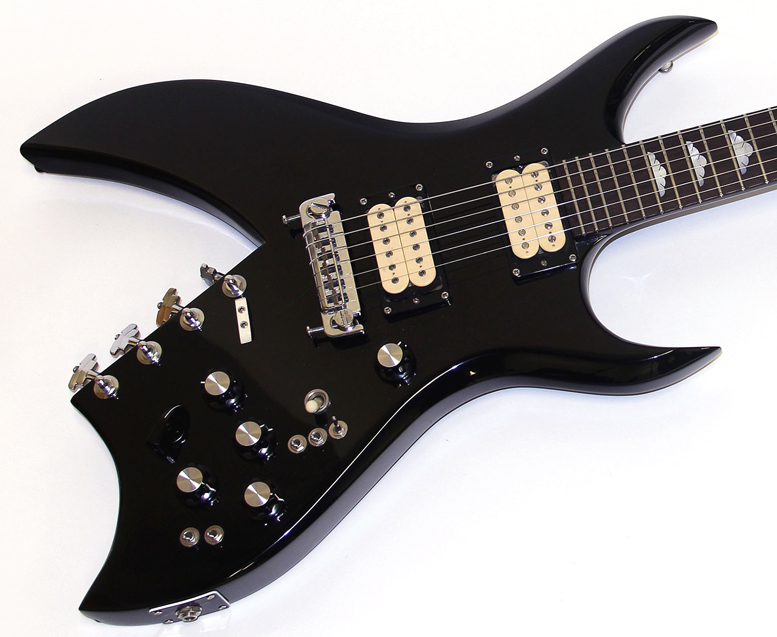 The guitar on the picture just sports 6 strings - that is a mystery to me, why downgrade such a brilliant guitar, but you know very well that rationality is often overlooked when it comes to the magic land of electric guitars... Anyway, I love how design and ergonomics collide to create a new form that becomes instantly just obvious: that is really the genius of 20th century, and 21st still has to prove that it has better to propose to mankind (iPad is definitely not enough!) 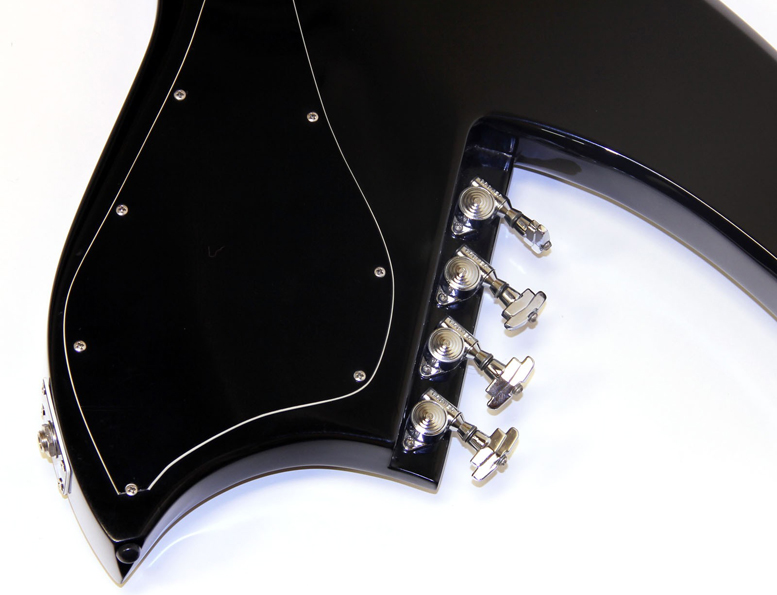