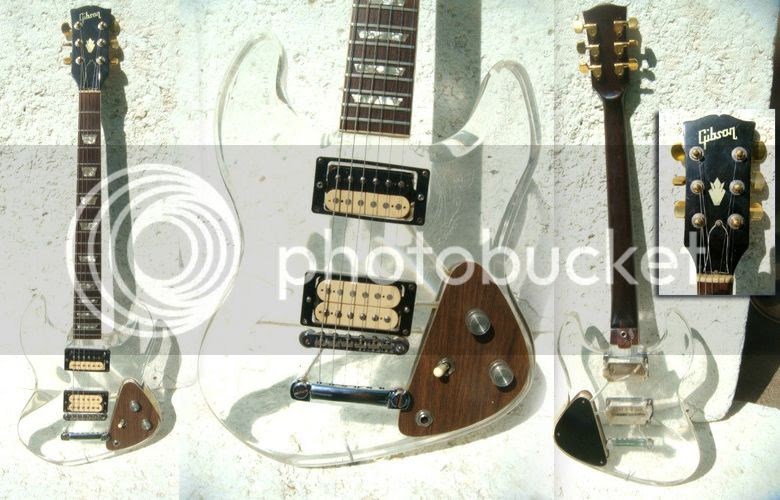 This guitar is a real oddity. You cant but help noticing the distinctive Gibson logo on the headstock, but the body is totally unlike anything that Gibson ever built - plus of course it's been fashioned out of clear acyclic. Of course, it's not a Gibson at all, well other than the neck, that is, which was taken from a 1970s Gibson SG. It does beg the question of what happened to the original SG, but looking closer at the back of the neck you'll notice that the headstock has suffered a break in the past so it might be a safe assumption to say that the original guitar suffered some considerable damage - perhaps through some ghastly accident or possibly at the hands of a Pete Townshend wannabe. 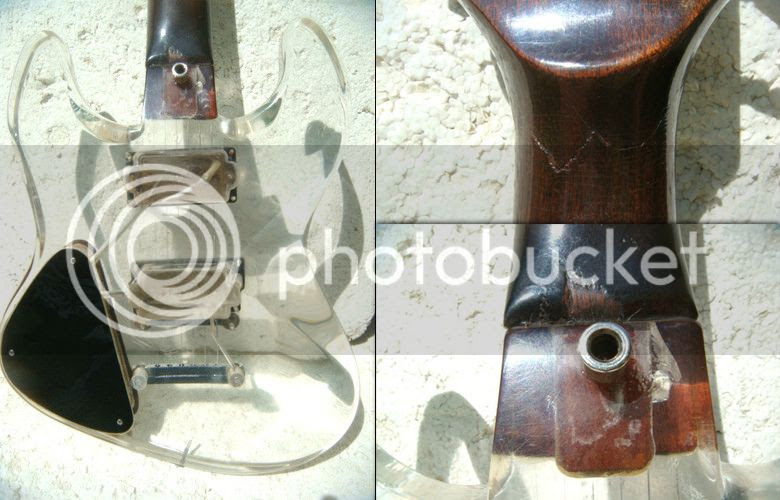 Although I've got a bit of a "thing" for acrylic bodied guitars, I can't decide whether or not I like this one. The body design is rather mis-shapen; in fact it reminds me of a melting ice sculpture, but maybe that was the intention. Part of me thinks it should have been made to look more Gibson-like in keeping with the provenance of the neck, but another part of me applauds the maker for doing something different with the design.

This guitar is currently listed on eBay with just over a day left before the end of the auction, currently has no bids and a starting price of $499.