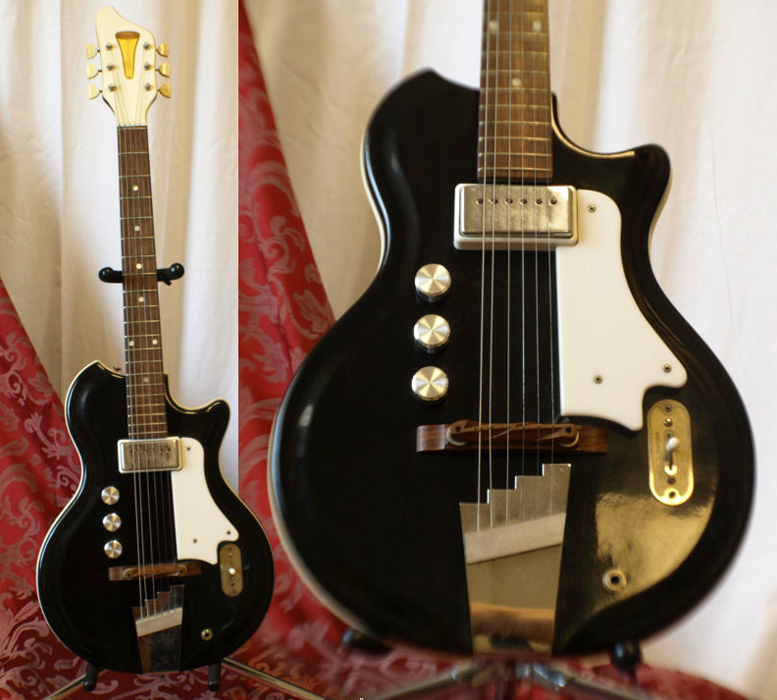 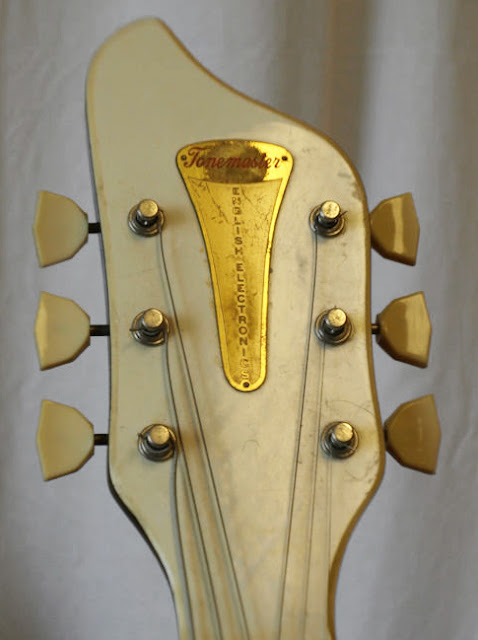 You are probably familiar with this guitar model since it's been released under several historical US brands in the 1960s - mostly Supro, National and Airline -, revived lately by Eatswood and Guitar Kits USA (as Res-O-Glas bodies only), and put in the spotlights by Black Keys' guitarist Dan Auerbach.

Nevertheless you probably don't know the English Electronics Tonemaster brand under which this one was released - well it was just one of many that branded and sold Valco instruments - mostly amps if I understand well.

That's a very desirable guitar if you want my opinion, I love the 3 knobs on the top, and the famous 'aztec' stoptail! One of these days I'm going to get myself a kit and make one like this...